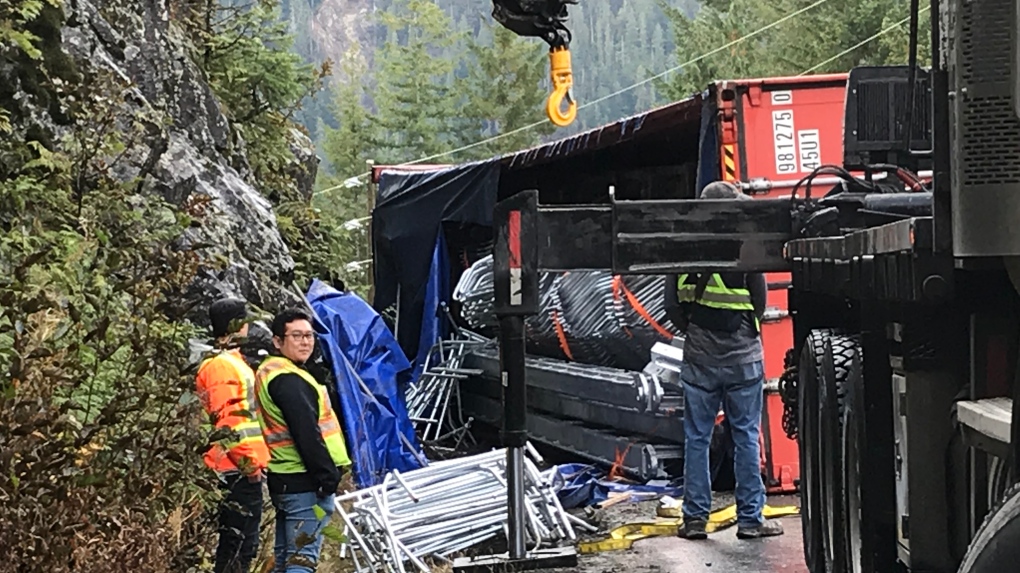 Traffic along Highway 4 between Port Alberni and the West Coast was disrupted for several hours Monday while crews cleaned up an overturned semi-trailer filled with fish farm equipment.

The crash occurred around 10 a.m. just west of the Sutton Pass summit as a truck operated by Aquatrans Distributors out of Gold River was heading in the direction of Tofino.

A company representative at the scene said the truck was transporting a shipping container filled with equipment but the contents were incorrectly loaded and the materials shifted as the truck rounded a corner.

The representative said the driver sustained only minor injuries and was able to free himself from the overturned rig and was given first aid by someone who happened along the scene moments later.

"The chassis for the sea can is twisted," he said. "The sea can's got a big gouge down the side of it so we're probably just going to take the rails out of it, we'll flip it back to where it's supposed to be."

The equipment was destined for a fish farm in Tofino and Kurath said the biggest concern was ensuring that the galvanizing on the farm equipment didn't get damaged any further. He said the contents would be viewed on Tuesday to determine what was salvageable.