The restaurant chain will open on Monday, Sept. 26, after completing months of renovations at the Victoria heritage building.

A private bar area with a patio and washrooms, called the "Surf Lounge" has also been set up at the restaurant.

"We are excited to be the next chapter in the former Canoe space and to be a landmark destination within the community," said PJ L’Heureux, founder and president of CRAFT Beer Market, in a release Thursday. 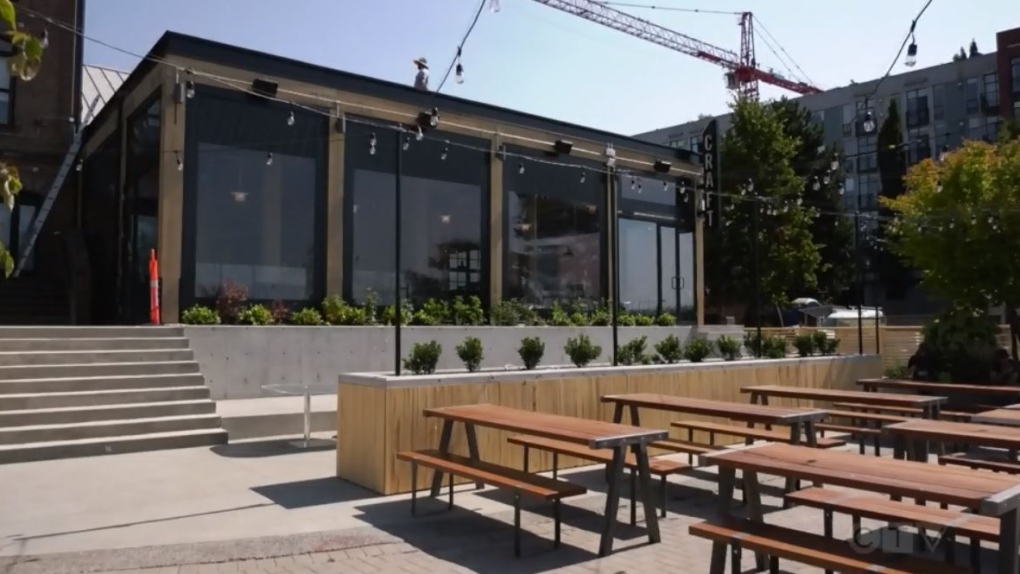 CRAFT is known in other Canadian cities for its lengthy beer lists, and Victoria will be no exception. A total of 110 taps offering beer and other beverages will be available, with most of the drinks coming from B.C.

"About 75 per cent of our tap lineup includes local B.C. beers, ciders and wines," said L’Heureux. "It’s exciting to be able to share the amazing things being made in our own backyard."

Once open, customers will be able to try a "six pack sampler," which showcases six 4-oz pours of local beer, or a "world tour sampler," which features international beers.

The CRAFT Beer Market in Victoria will mark the franchise's ninth location, with other locations in Vancouver, Kelowna, Calgary, Edmonton, Ottawa and Toronto.

Canoe Brewpub closed in late 2021, after operating in Victoria for 19 years.

Scott Frank, partner and COO of CRAFT, says the company is looking forward to carrying on the legacy of Canoe Brewpub in the community.

"This building is iconic, and with the design and feel of the room this could easily become our flagship location," he said in a statement.

The head of Ukraine's state-run nuclear energy firm said on Sunday there were signs that Russian forces might be preparing to leave the vast Zaporizhzhia nuclear power plant which they seized in March soon after their invasion.