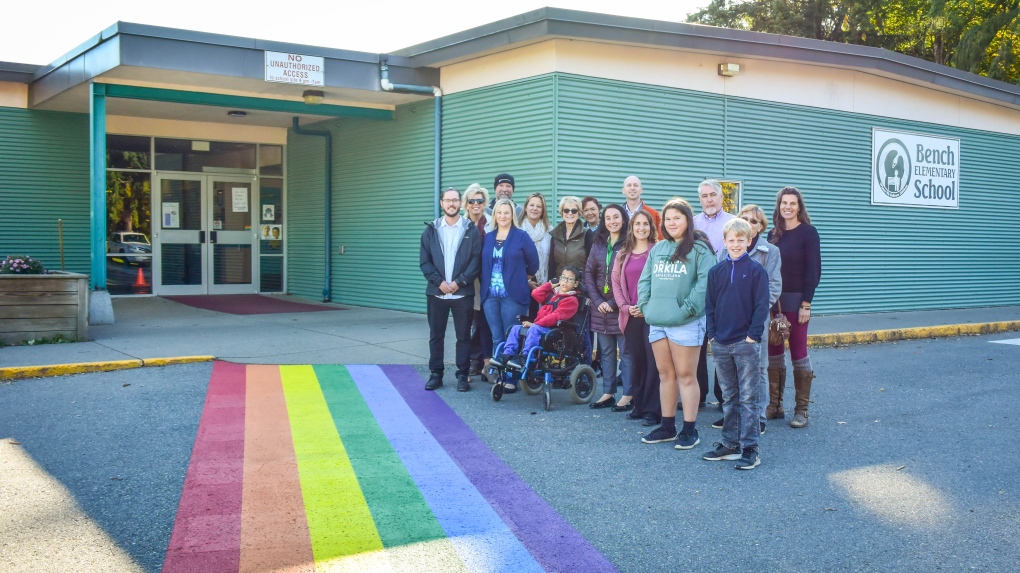 All schools and worksites within the Cowichan Valley School District now feature a rainbow crosswalk, the school district announced Friday.

Last year, the board of education approved the project, which includes painting rainbow crosswalks at every school to serve as "permanent and intentional symbols" of inclusivity and resepct, particularly for LGBTQ2+ students and staff.

"While the symbol of the rainbow crosswalk speaks to the inclusive nature of the schools and worksites, it is specifically a symbol that recognizes the discrimination that the LGBTQ2+ community have faced, and continue to face," said the school district in a statement Friday.

"The Rainbow Crosswalk says to the LGBTQ2+ community that this school has committed to welcoming you and your family here with dignity, respect, and safety."

"We are excited to be a part of the project that saw rainbow crosswalks installed across our district," said Candace Spilsbury, chair of the board of education for the Cowichan Valley School District.

"The rainbow crosswalks are a colourful reminder of the discrimination that that the LGBTQ2+ community faces."