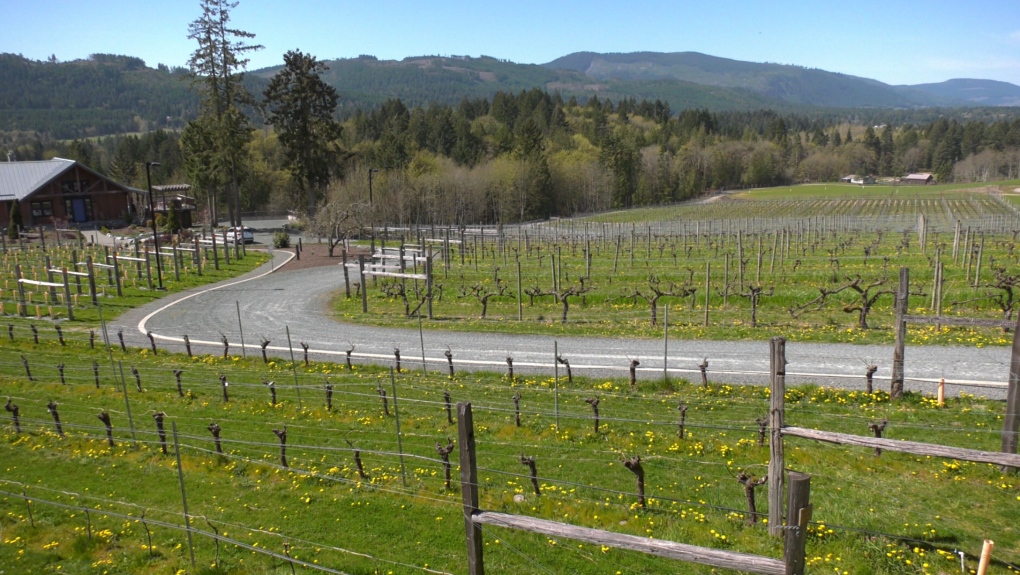 The Blue Grouse Winery located in the Cowichan Valley is shown: (CTV News)

VICTORIA -- The Cowichan Valley on Vancouver Island has now been designated as an official wine-producing area, according to the B.C. government.

The B.C. Ministry of Agriculture announced Friday that wine produced in the Cowichan Valley would now come with a new “sub-geographical indication”, or sub-GI.

A sub-GI means that at least 95 per cent of the grapes used in one bottle of wine were all grown within the same region.

The sub-GI designation is protected under B.C. law and helps consumers understand where their local wines are made. The designation also provides wine-makers and their local communities with greater exposure to the tourism industry, according to the B.C. government.

The Cowichan Valley joins the ranks of B.C.’s nine official geographical indications, and four other sub-GI’s in the province.

It is the first sub-GI to be located on Vancouver Island, with the other four being located in the Okanagan Valley, in Golden Mile Bench, Naramata Bench, Okanagan Falls and Skaha Bench.

“Officially recognizing the Cowichan Valley as a distinct and unique wine grape-growing region in B.C. is a testament to the hard work, passion and dedication of the many local entrepreneurs and staff in the wine industry,” said Sonia Furstenau, MLA for Cowichan Valley in a release Friday.

“This is a well-deserved accomplishment for all those involved in producing exceptional wines and memorable winery experiences.”