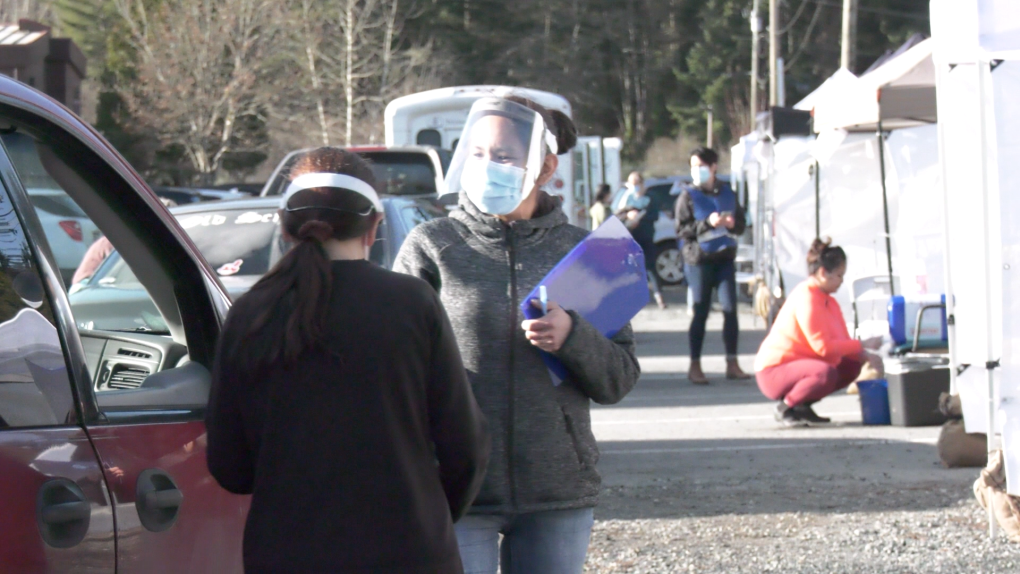 A shelter-in-place order remains in place in the Cowichan Tribes community until March 5. (CTV News)

VICTORIA -- A Vancouver Island First Nation is confirming the fourth death in its community as it wrestles with an ongoing COVID-19 outbreak.

The nation has now identified 230 cases of COVID-19 among its membership, with 40 people in isolation and four in intensive care on Monday.

There are 84 households in the community under public health monitoring, he added in a video posted on the nation’s Facebook page.

“It’s going to take all of us to do our part and I know these are trying times,” Thompson said. “It’s frustrating.”

A shelter-in-place order remains in place in the community until March 5.

In January, Cowichan members received their first dose of COVID-19 vaccine, after an outbreak emerged at the start of the year.

“There’s been some delay in Canada receiving the new doses,” Mendoza said. “But the second dose for all those who are already vaccinated will be held here in our drive-in clinic on March 8 and throughout that week.”

The nurse said all eligible members would be contacted when it was time to receive their second dose, but added, “if you have any doubt, you phone us. We want to see you here.”