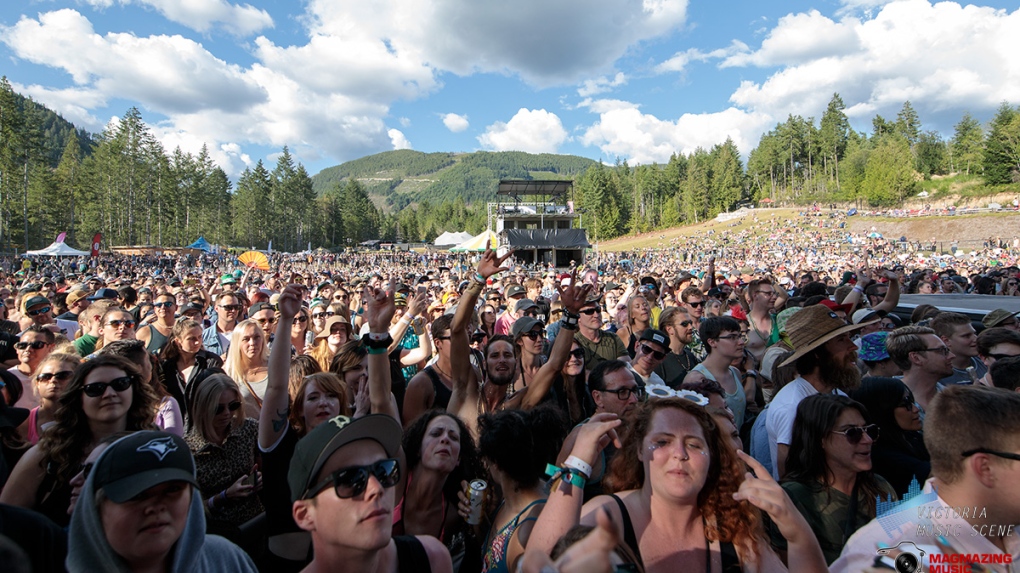 Campsites will be open from May 21 to Sept. 30: (Adam Lee/Victoria Music Scene)

VICTORIA -- The site of two popular Vancouver Island music festivals is offering to host campers this summer, as a ban on gatherings in B.C. remains in effect due to COVID-19.

Laketown Ranch, located near Cowichan Lake in southern Vancouver Island, is turning the upper level of its property into a camping spot for both tent campers and RVs.

The acreage is normally home to the annual Laketown Shakedown and Sunfest Country Music festivals, which have brought high-profile musicians to the area when events were still allowed.

In 2019, Snoop Dogg was a headliner for Laketown Shakedown, alongside Incubus and Smash Mouth. In 2020, Wu Tang Clan was slated to play on the ranch, along with Nelly and local island-based performers. However, last year's festival was cancelled due to the pandemic.

Now, Laketown says that camping spots will be made available this summer, offering access to hiking and biking trails, as well as Cowichan Lake and the surrounding woods.

On some nights, live music and food will also be available in a new "camp village" area.

Showers, flush toilets, and later a boat storage will also be offered on the campground.

"With many large sites, we cater to RVs, tent campers and those looking for a group site experience," reads the Laketown website.

"Nestled amongst the forest and rolling pastures of the beautiful upper level of the ranch, the grounds are the ideal camping location for families, groups and those simply looking for a quiet escape."

Campsites are available between May 21 and Sept. 30, with reservations beginning in March. Laketown says more details will be released in the weeks to come.

While events are currently banned under B.C.'s provincial health orders, Laketown management say they are monitoring the situation in case events are allowed to restart later this year.