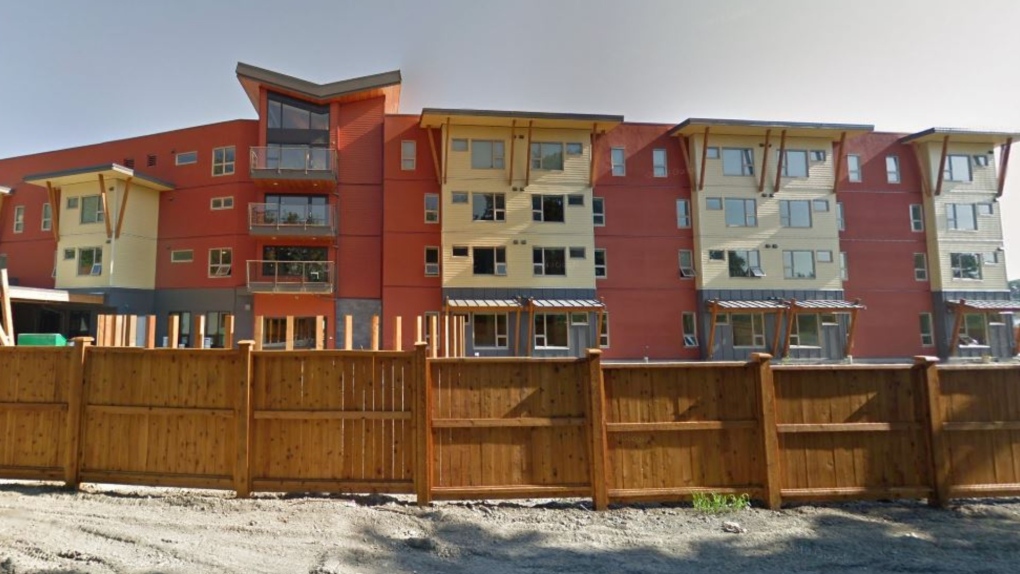 One staff member at the Ts’i’ts’uwatul’ Lelum centre has tested positive so far, Island Health said in a statement Thursday afternoon. (Google Maps)

VICTORIA -- Health officials on Vancouver Island have declared a COVID-19 outbreak at an assisted-living facility in Duncan.

One staff member at the Ts’i’ts’uwatul’ Lelum centre has tested positive so far, Island Health said in a statement Thursday afternoon.

The infected worker has been self-isolating at home while public health officials complete contact tracing to identify other staff or residents who may have been exposed to the virus.

Island Health says no residents of the facility have reported symptoms at this time.

The health authority says the Ts’i’ts’uwatul’ Lelum centre has implemented enhanced cleaning and screening protocols. Recreational activities have been postponed and resident interactions will be curtailed, Island Health says.

New admissions and transfers to the four-storey facility have been suspended.

Ts’i’ts’uwatul’ Lelum is owned and operated by M’akola Housing Society. The facility’s website says it houses 50 apartment-style units specifically designed for elders and persons with disabilities.

The building is located on the traditional territory of the Cowichan Tribes and operates under an agreement with BC Housing.