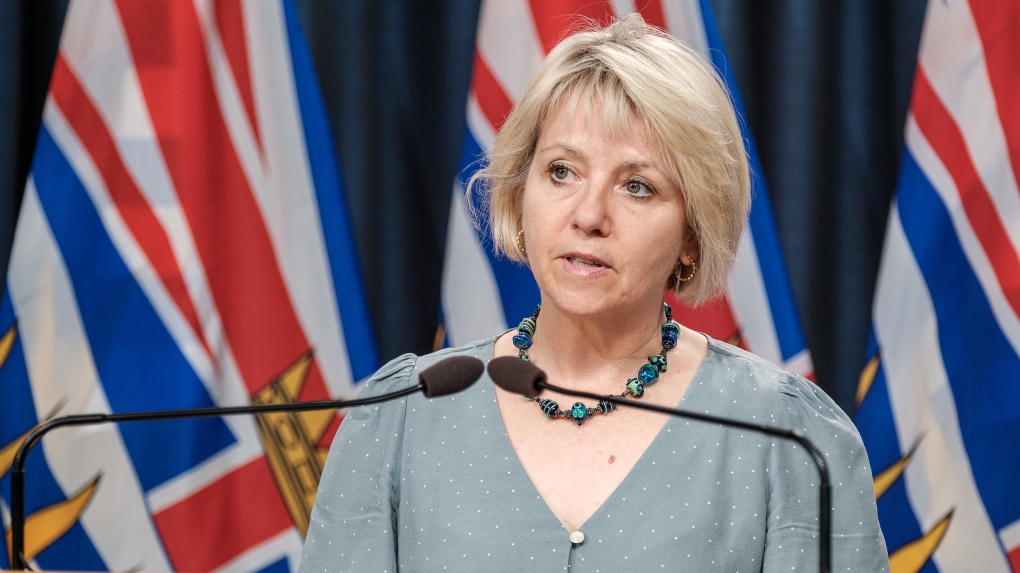 There are now 1,261 active cases of the coronavirus in B.C., a slight decrease from Wednesday's total.

Sixty-nine people are in hospital with the disease, including 19 who are in intensive care.

Thursday's update brings the total number of cases recorded in B.C. since the pandemic began to 9,220. There have been 235 deaths from COVID-19 recorded in that time.

There are now 18 ongoing outbreaks in health-care facilities in the province, including 15 in long-term care homes and three in acute-care units.

The provincial health officer dedicated a significant portion of her remarks Thursday to providing an explanation of how public health officials trace contacts in schools in the province, as well as the difference between an exposure and an outbreak in a school setting.

"I know that there is a lot of concern and anxiety, still, around schools, and I know this is because we all want everybody in our school settings - particularly our children, the educators and all staff in our schools - to be safe," Henry said.

She stressed that there have been no outbreaks in schools in B.C. so far, and went on to provide examples of exposures, clusters and outbreaks.

"An outbreak in a school setting is when we have ongoing transmission and we're not clear who has been transmitting to whom," she said. "We have not had any outbreaks in our schools, yet, in British Columbia. It is a possibility. We have seen it happen in other places, and we will be watching for that."

The provincial health officer said every case of COVID-19 in B.C. is subject to contact tracing and people who have been exposed to the coronavirus are told to stay home and self-isolate.

Health officials are monitoring a total of 3,093 people in the province because of known exposures to COVID-19, Henry said.

She also added that a record number of tests for the virus - 10,899 - were conducted in B.C. on Wednesday.

"I know there's been some challenges in some places, but this really speaks to the amazing work that people are doing across the province to make sure that we can get people the testing that they need as soon as possible," Henry said.

The vast majority of B.C.'s cases continue to be located in the Lower Mainland. There have been 4,712 confirmed cases of COVID-19 in the Fraser Health region and 3,360 in Vancouver Coastal Health.

Elsewhere in B.C., there have been 535 cases in Interior Health, 317 in Northern Health and 209 in Island Health. There have also been 87 cases detected in B.C. involving people who live outside Canada.