COVID-19 cluster at Victoria, B.C. naval base grows to 5 cases 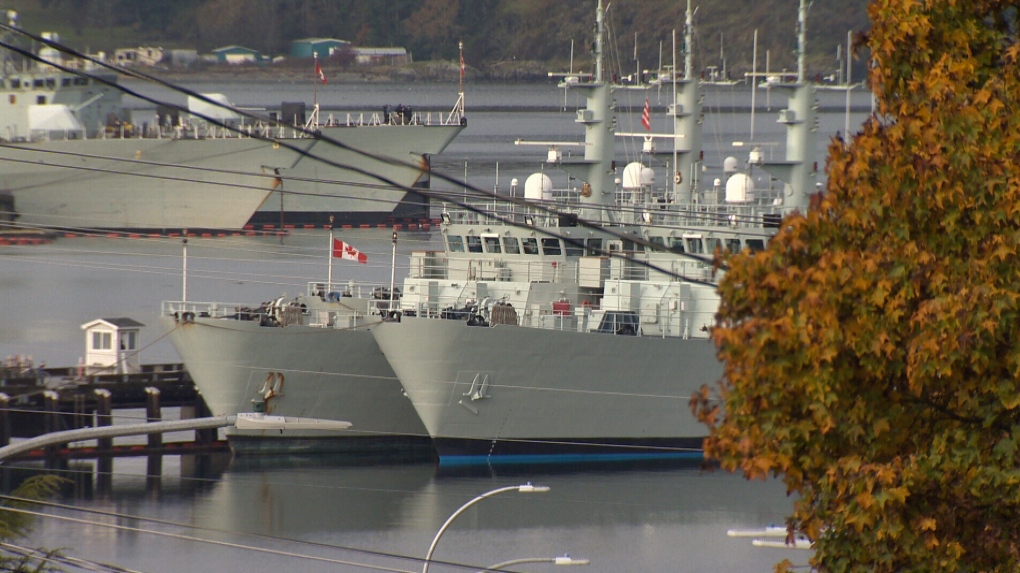 VICTORIA -- Two more workers at a military base near Victoria, B.C. have contracted COVID-19, prompting public health officials to declare the five active cases at the base part of an ongoing cluster.

The first case was identified late in the evening of Feb. 3 at a navy fleet maintenance facility at Canadian Forces Base Esquimalt.

All maintenance work at the facility was scaled back to only the most critical duties the following day. However, a second case of COVID-19 was detected the morning of Feb. 5 and a third case was found later that evening.

A fourth case was discovered the following Monday, Feb. 8. All four cases were found in civilian defence employees who worked closely with one another.

Then on Thursday, Feb. 11, a fifth case was found in a civilian worker at the same maintenance facility.

"This case proved to be from community exposure outside the workplace, and is in no way connected to the previous cases," said Maritime Forces Pacific spokesperson Lt.-Cmdr. Tony Wright.

Health authorities have directed close contacts of those infected to self-isolate at home and monitor for symptoms of COVID-19.

The fleet maintenance facility has been sanitized and testing continues, according to Wright.

On Monday, the facility returned to full staffing, he said.

The cluster is occurring as much of the navy’s Pacific fleet is at sea for a joint training exercise with the United States.