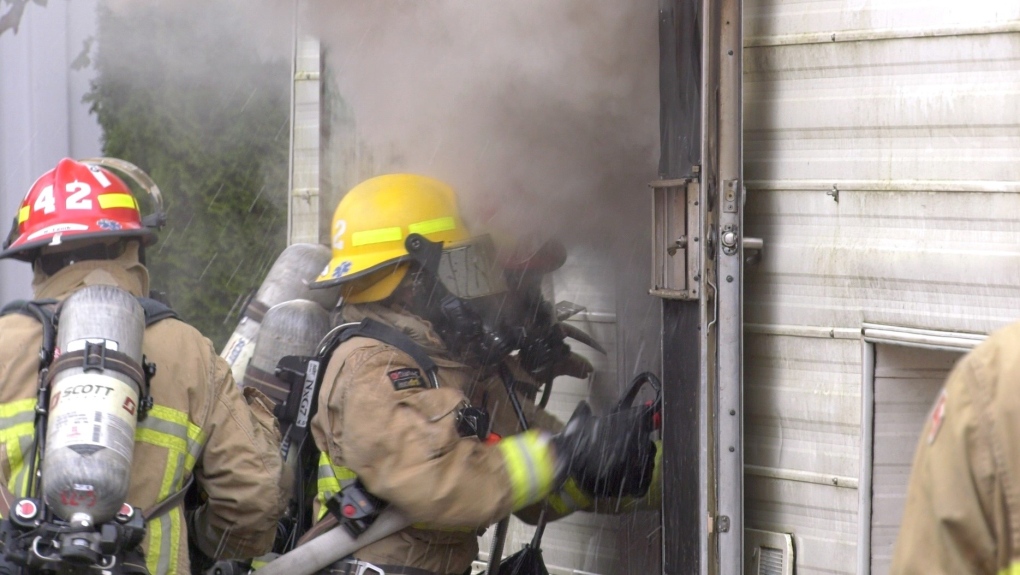 Crews were called to the campsite around 8 a.m. Friday and arrived to find smoke billowing from the travel trailer. (CTV News)
Courtenay, B.C. -

For the second time in a week, firefighters in Courtenay, B.C., have been called to a trailer fire, this time at the Maple Pool Campsite.

Crews were called to the campsite around 8 a.m. Friday and arrived to find smoke billowing from the travel trailer. 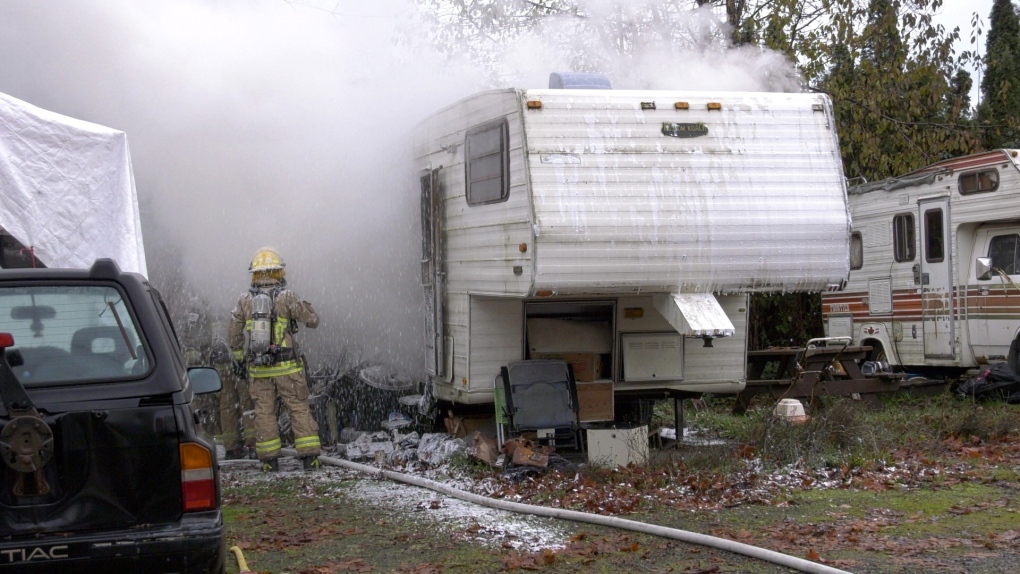 Crews were called to the campsite around 8 a.m. Friday and arrived to find smoke billowing from the travel trailer. (CTV News)

"Once we opened the door, we got a little kick from oxygen and flames did flash up but we were able to – prior to the engine arriving – close all the doors and windows and choke the fire down” said Courtenay Fire Chief Kurt MacDonald.

MacDonald said a man woke up and got himself out of the trailer uninjured.

“Very lucky to get out, trailers do burn quickly," he said. "He was asleep at the time that the fire broke out and generally there is only one way in and one way out."

Crews have previously been called to trailer and camper fires at the campsite, which has become a home to residents year round.

“The construction of the trailers does cause them to burn quickly so it does create issues especially when you’re in a situation where you’ve got trailers parked close together,” the fire chief said.

The trailer is considered beyond repair and the owner is being assisted by Emergency Support Services.

“To come down and help the gentleman out and find some lodging, find some clothes, things of that nature to help him get through this ordeal” MacDonald said.