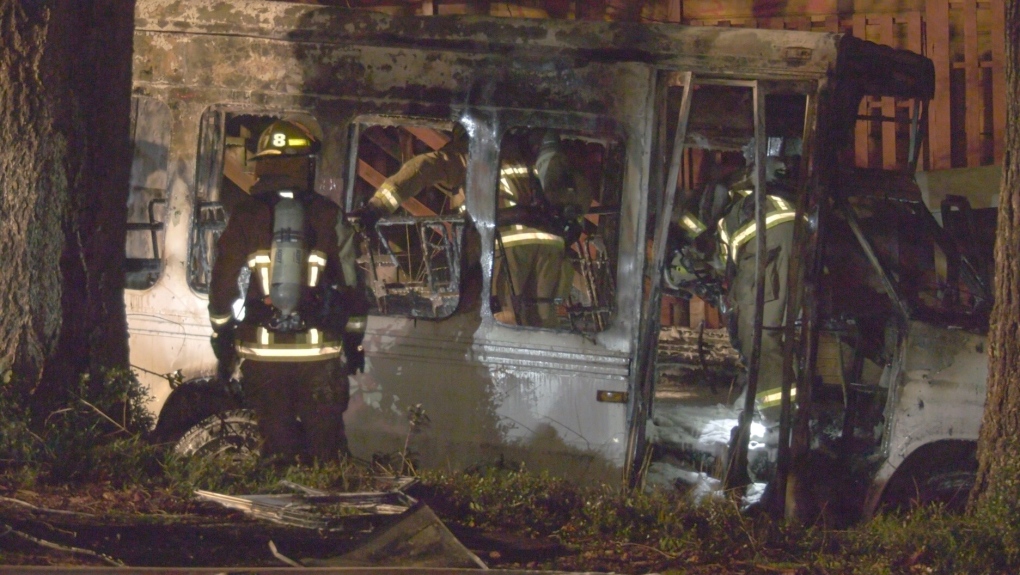 Fire crews received multiple 911 calls about a vehicle on fire outside of the Cona Hostel on Anderton Avenue shortly after 10 p.m. Thursday. (CTV News)
Victoria -

A popular hostel property in downtown Courtenay, B.C., that was badly damaged by fire in 2019 has been hit by an arsonist again this week.

Fire crews received multiple 911 calls about a vehicle on fire outside of the Cona Hostel on Anderton Avenue shortly after 10 p.m. Thursday.

“When I arrived the bus was fully involved and we had the possible exposure of the hotel,” said Courtenay's deputy fire chief, George Seigler.

The fire was in a bus on the hostel grounds and crews were able to prevent the flames from spreading into nearby trees and the adjacent building.

Seigler said the vehicle is a write-off and the fire is considered suspicious.

Milo Yakibchuk lives across the street from the hostel and says he spotted the fire on his security camera.

“I came running out to see what was going on," Yakibchuk said. "I thought it might be the building set ablaze again for the third time but it turned out it was the bus this time.” 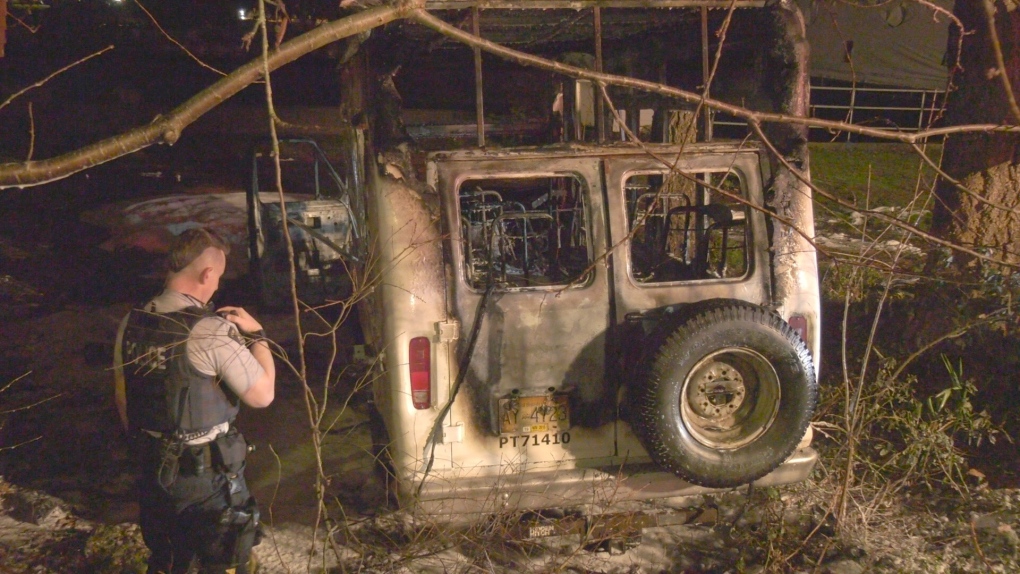 Fire crews received multiple 911 calls about a vehicle on fire outside of the Cona Hostel on Anderton Avenue shortly after 10 p.m. Thursday. (CTV News)

Yakibchuk says he saw a man with a shopping cart near the building who left prior to fire crews arriving. The man was back again at 6 a.m. Friday when another fire was lit inside a doorway.

He says he and others who live in the area are having growing concerns about the building.

“Unfortunately there was another incident a couple of months back where garbage got set on fire," he said. "It took getting the whole fire crew out here to get that out. The third time is the bus now. It would be nice if it was either levelled or rebuilt and not let it sit like this for too much longer."

The first fire in the hostel in March 2019 displaced a dozen tenants and caused the closure of the business.

“The hostel has been vacant since March of 2019, definitely a concern," Seigler said. "We’ve got homeless in and out of the city and with the winter now it’s definitely a place to stay warm."