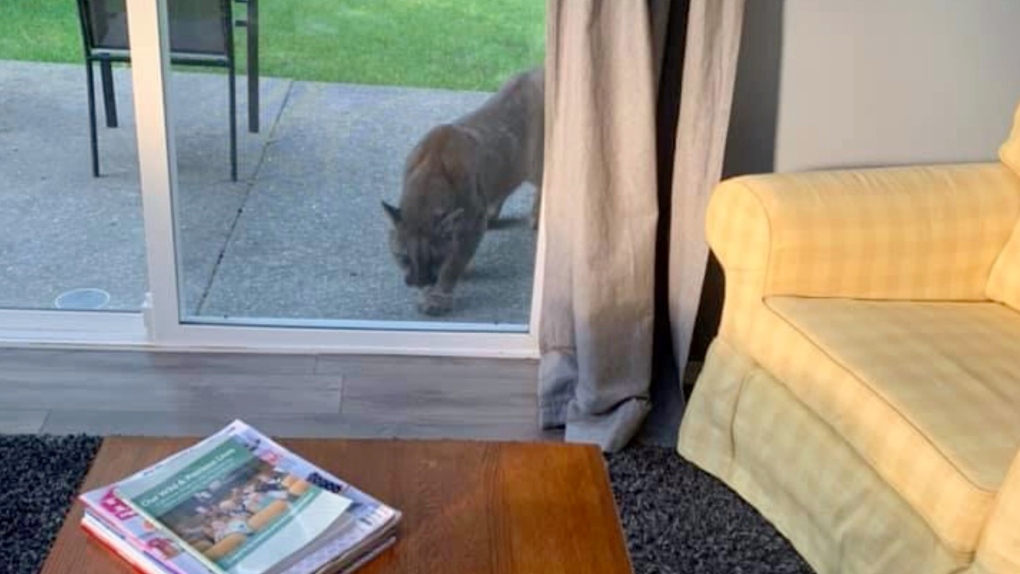 FANNY BAY -- A Comox Valley family is sharing their tale of a fascinating yet slightly terrifying encounter with a cougar Monday morning.

Cathy Maciver says she had just let her cats into the back patio door of her Fanny Bay home around 7:30 a.m. when seconds later one of her cats began reacting to something outside. She sent her husband to investigate.

“He gets up and goes around the corner to look and goes, 'Oh! A cougar!' And I thought he was B.S.-ing me,” she said.

But it was indeed a cougar that appeared to have followed her two cats home, and it continued to stare inside their home. Maciver says it didn’t appear to be afraid.

“It actually hissed at my husband. We thought it would run away,” she said. “It wasn’t scared, it was still looking at the cats in the house. It was still eyeing the cats.”

She was eventually able to scare the cougar as it began to walk away. The large cat then ran straight through her back fence as opposed to jumping over it.

Conservation officers were called to the scene but were unsuccessful in locating the animal.

Sgt. Mike Newton of the BC Conservation Office Service says cougars will sometimes notice domestic pets as they are out doing their usual hunting hours.

“(There have been) cougar sightings over the past couple of days and now it’s elevated to the cougar showing interest in non-natural food and chasing domestic animals, which is certainly why we responded,” Newton said.

Homeowners are being asked to make sure they report all cougar sightings to the Report All Poachers and Polluters hotline at 1-877-952-7277.

Residents are also asked to remove items such as bird feeders, hummingbird feeders and compost piles as they attract animals such as rabbits and raccoons, which in turn draws in the cougars.