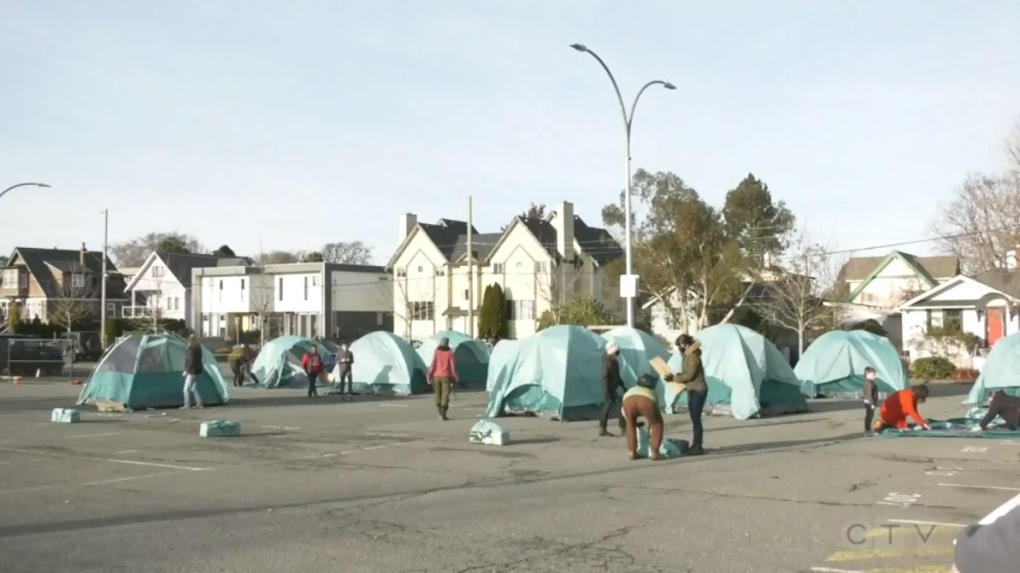 Royal Athletic Park is being used as a temporary homeless camp amid the COVID-19 pandemic. (CTV News)

VICTORIA -- The coroner is investigating a death Sunday at a homeless camp in Victoria.

The BC Coroners Service confirmed to CTV News on Monday that a death investigation is underway at Royal Athletic Park.

The park is being used as a temporary homeless camp amid the COVID-19 pandemic.

Victoria police say the death is not considered suspicious at this time. Officers have notified the person's family.

The city is currently working on a plan to replace the dozens of tents that dot the Royal Athletic Park parking lot with shipping-container homes.

The coroner is working to determine the cause of death.

The City of Victoria declined to comment on the death Monday.