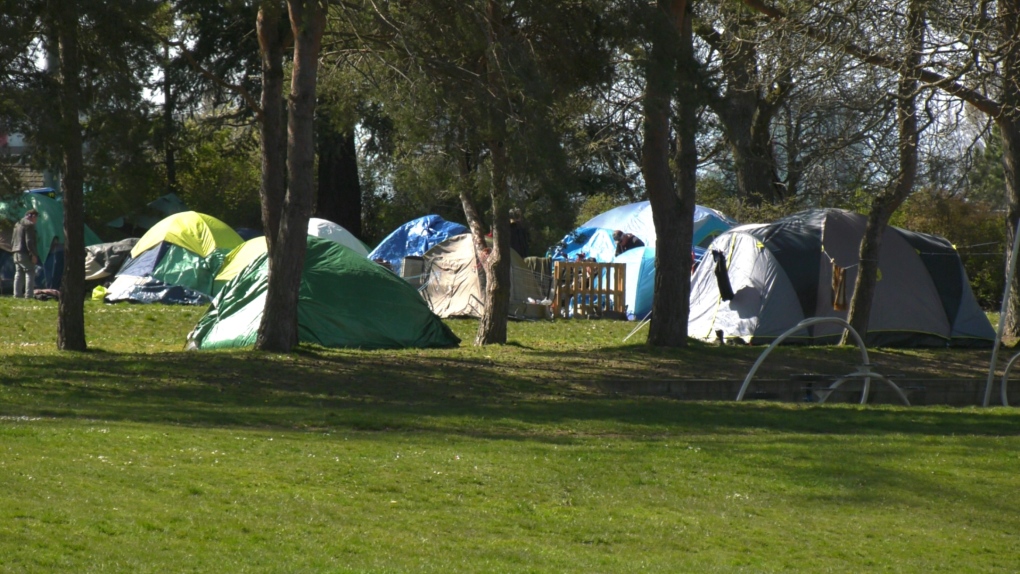 VANCOUVER -- Two men have died at the homeless camp in Victoria's Topaz Park, the BC Coroners Service confirmed Wednesday.

The coroners service said it was notified of the deaths Wednesday afternoon and is in the early stages of its investigation.

The Victoria Police Department has determined that the deaths are not suspicious, the coroners service said.

The deceased were both men, one in his 60s and one in his 20s, according to the coroners service. Neither man's cause of death was available Wednesday.

The City of Victoria has made housing the homeless during the COVID-19 pandemic a priority, with Mayor Lisa Helps calling on the provincial government to requisition hotel and motel rooms to provide such housing.

She has also said the city would make its recreation centres and other buildings available for use as temporary shelters, saying the priority is to get people inside, regardless of where that happens.

Despite these efforts, many of Victoria's homeless are still unsheltered, with a significant number living in the Topaz Park encampment, which was itself set up to ensure proper physical distancing between tents to prevent the spread of COVID-19.