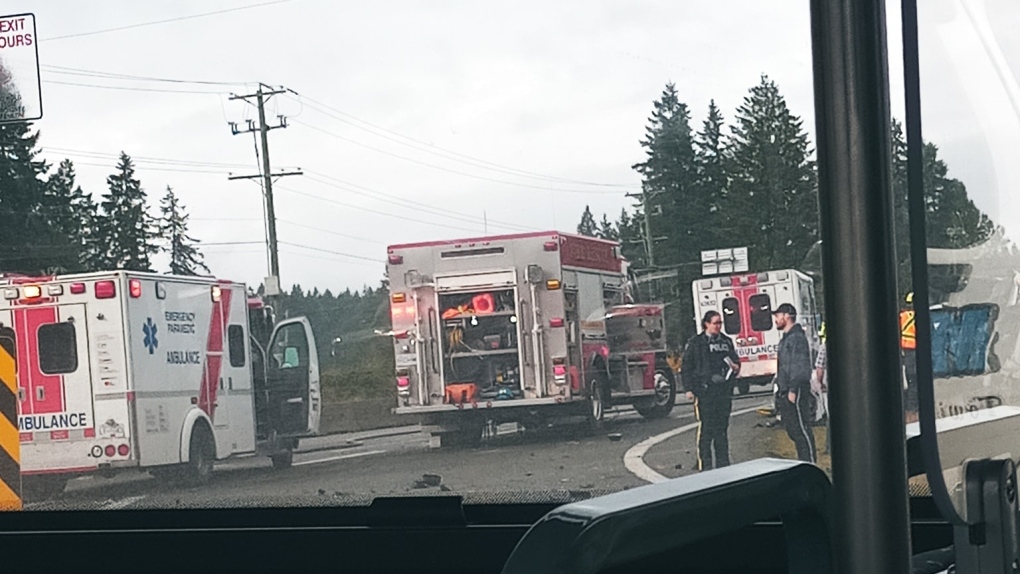 The crash happened at 2:42 p.m. when a southbound Kia collided with a northbound Ford van at the intersection of the Trans-Canada Highway and Kilmalu Road. (Submitte
Victoria -

The crash happened at the intersection of the Trans-Canada Highway (TCH) and Kilmalu Road around 3:30 p.m.

Witnesses say a large delivery truck was traveling at highway speeds on the TCH when it collided with a vehicle in the intersection.

A witness tell CTV News that the two vehicles hit with such force they became airborne. The delivery truck flipped and landed on its side, according to witnesses.

The BC Coroners Service is on scene, and witnesses say a large tarp has been draped over one of the vehicles.

It’s currently unclear how the accident happened and how many people were involved.

CTV News has reached out to police and fire sources.

According to Emcon Services Inc. South Island Division, which oversees highway maintenance, the north bound lanes of the highway could be closed until 11 p.m. Thursday.