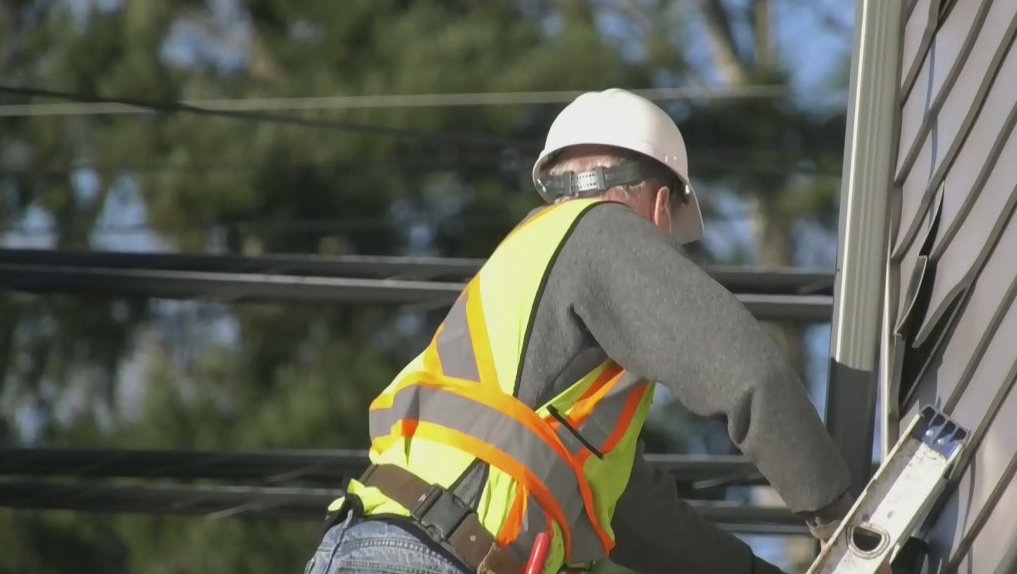 The findings are based on responses from about 1,000 construction companies across B.C.

The Independent Contractors and Businesses Association has released its annual report showing just 38 per cent of firms expect more work next year than in 2020.

However, the survey says the ongoing shortage of skilled workers means companies expect to pay staff 3.5 per cent more in 2021 and provide a 4.2 per cent raise the following year.

The association says the findings are based on responses from about 1,000 construction companies across B.C.

Association president Chris Gardner says the effects of the COVID-19 pandemic were felt by the industry this year as construction volumes dropped 15 per cent, fewer tenders were issued and wage increases were limited to about half a per cent.

Gardner says skilled glaziers, insulators and steel fabricators are still in high demand as 100 per cent of companies report a need for those trades, while openings for crane operators, roofers and pipefitters top 90 per cent.

He says the demand reflects a construction workforce that is reaching retirement age.

“If you're looking for work, construction remains a strong option,” he says in the statement.

“There is incredible opportunity in construction for young people, entrepreneurs and skilled trades workers.”

The high demand comes at a difficult time as Gardner says more than half of B.C.'s construction firms would normally anticipate additional projects over the coming year, but the survey reveals significant pessimism.

“The percentage of contractors who foresee a decline in business in 2021 is almost twice as large as last year,” he says.

While companies in the North and Vancouver Island remain relatively optimistic, the Lower Mainland and rest of B.C. are very nervous, Gardner says.

It's annual survey shows just 35 per cent of contractors in the Lower Mainland and 37 per cent in the Interior expect more work in 2021 than they had this year.

Those numbers climb to 54 per cent on Vancouver Island and 56 per cent in the north, the association says.

Labourers are in especially high demand, as contractors in every region of the province report available jobs, while electricians, plumbers and carpenters are also needed.

More than half of all construction employers in B.C., say they need workers but the association says the shortages are most pronounced in the north, where 67 per cent of firms have openings, while only 54 per cent of Interior employers say they need more staff.

This report by The Canadian Press was first published Dec. 30, 2020.