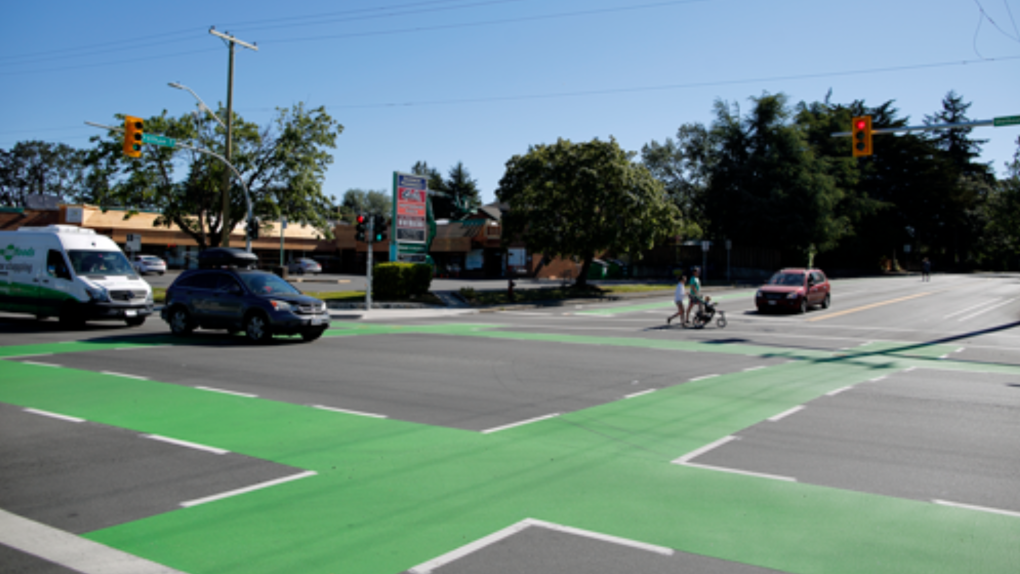 The District of Saanich says the first phase of its "Shelbourne Street Improvements Project" is complete, meaning construction will move further up the roadway beginning later this month.

The upgrades included north and southbound bike lanes from McKenzie Avenue to Torquay Drive, and sidewalk upgrades and repairs.

The new bike lanes will be fully protected by concrete barriers later this year, with installed slated for the fall or winter, according to Saanich.

Underneath the road, the district says it upgraded or replaced more than 2 kilometres of watermain, and 850 metres of sewermain.

Phase 2 of the Shelbourne Street Improvements Project is expected to begin later this month and wrap up in 2024.

The second phase will cover Shelbourne Street between North Dairy Road and Pear Street, and will add protected bike lanes to the University of Victoria.

The final phase of the project is expected to begin in 2024 and take up to two years to complete.

The first phase of the project cost about $12 million, with the federal government contributing $4.8 million, the B.C. government providing $1 million, and the municipality covering the rest.

"I’m delighted the first phase of this multi-year project is complete," said Saanich Mayor Fred Haynes in a statement Tuesday.

"Thank you to our residents for your patience as we work to improve our active transportation network, critical infrastructure and the livability of this amazing corridor," he said.