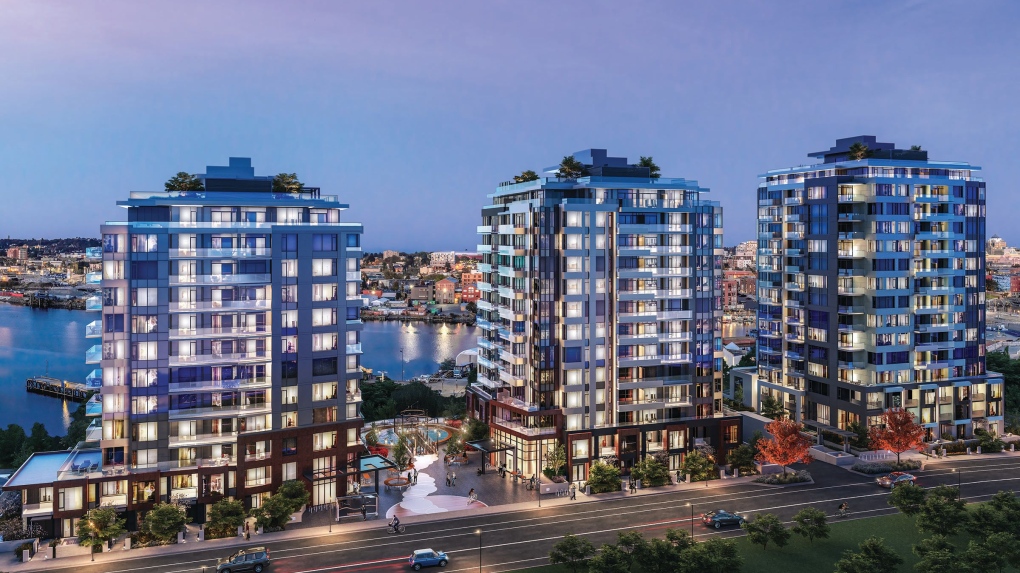 A rendering of the Dockside Green development in Vic West is shown: (Bosa Development)

Ten acres of the 15-acre property, known as Dockside Green, were purchased three years ago by Bosa Development, which also owns the Fairmont Empress Hotel.

The buildings will focus on sustainable construction and public amenities, according to the company.

"Bosa will incorporate extensive indoor and outdoor amenities throughout the community, including a public plaza, scenic green waterway, park space, and dog park," said Bosa in a release Friday.

Bosa notes that each condo building will have an on-site water treatment facility, which will take the property's used water, purify it on-site, and use it for irrigation and for flush toilets.

Fresh water will continue to come from the City of Victoria. Overall, the onsite-water treatment is expected to reduce the buildings' water consumption by approximately 35 per cent, says the company.

The first of the three residential buildings is slated to open in 2023.

The first tower will contain 107 units. The two other condo developments are expected to house 258 additional units.

Bosa has not yet released a timeline on when the other two towers will open for tenants.

In February 2020, when the City of Victoria approved the project, the municipality said some 145 of the units at Dockside Green would be earmarked as rental properties.