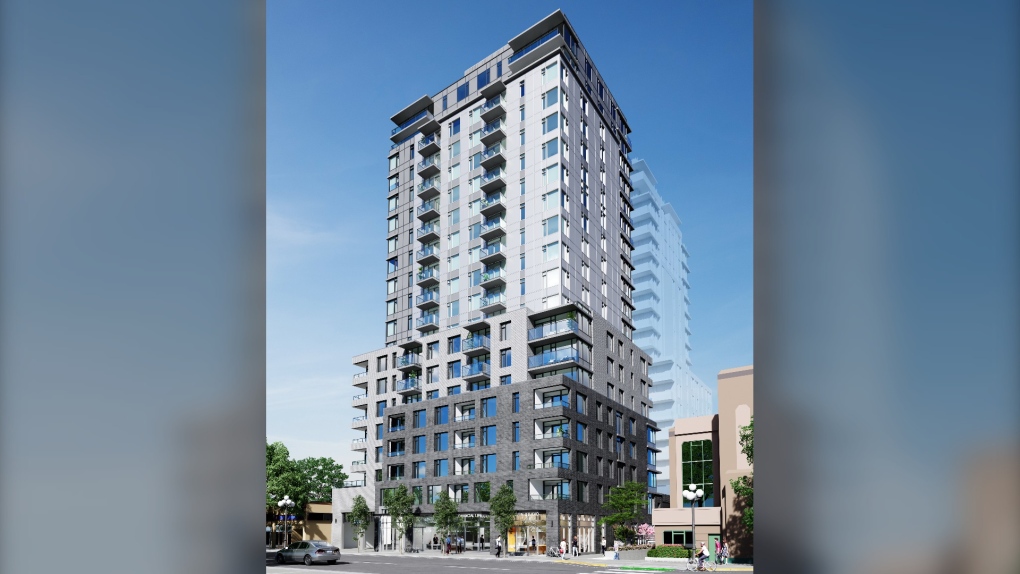 The Vivid at the Yates building, located at 845 Johnson St. in downtown Victoria. (Chard Development)

The Vivid at the Yates building, located at 845 Johnson St., was constructed with a $53-million low-interest loan from the province to developer Chard Development.

The building will provide 135 units of below-market housing, with an average household income of just over $60,000, the province said Monday.

"Affordable housing for middle-income British Columbians is a priority for our government, and this pilot project is one example of the important work that can be done in partnership with the private sector to achieve that goal," said David Eby, Attorney General and Minister Responsible for Housing, in a statement.

"The opening of these new units is great news for the families that will benefit from this project and get a chance to own their own home, which they might not otherwise have had,” Eby added.

All units in the building have been sold and owners are expected to begin moving in later this month.

To be eligible to buy a condo in the Vivid building, buyers had to be Canadian citizens or permanent residents who had lived in B.C. for 12 months prior to the sale and could not own property anywhere else in the world.

Residents also had to agree to live in the property for two years before they can sell, except in extenuating circumstances.

"Vivid represents our ninth residential development in Victoria, and we are proud to have provided homes to people who may not have otherwise been able to step into homeownership,” said Byron Chard, president and CEO of Chard Development.

The province says the Vivid units sold for an average of 12 per cent below the going market rate.