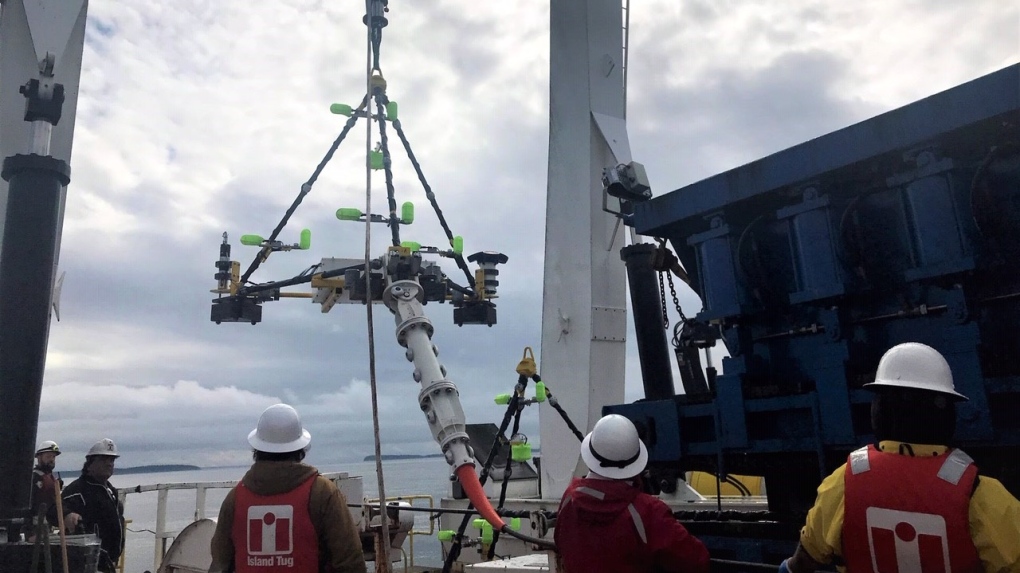 Transport Canada commissioned JASCO Applied Sciences for the $9.5 million project that will monitor noise emissions from large commercial ships, as well as track and detect whales as they pass.

VICTORIA -- A Victoria tech company has deployed sophisticated listening devices in the Salish Sea, and its research could have a ripple effect worldwide.

Transport Canada commissioned JASCO Applied Sciences for the $9.5 million project that will monitor noise emissions from large commercial ships, as well as track and detect whales as they pass. The funding is part of the federal government’s five-year Whales Initiative program.

They are deployed 190 meters (620 feet) under the shipping lanes in Boundary Pass, just south of Pender and Saturna islands. The system is able to transmit information back in real time, meaning it could be used in the future as part of a warning system to alert ships to pods of humpback and killer whales in their path.

For now, the data is being used for other means.

“That information is then analyzed to look at what makes ships quieter; what aspects of ships are important for reducing the noise that they emit,” says David Hannay, chief science officer for JASCO Applied Sciences.

“That information is being fed back to certification societies to help them set realistic limits for future ships.”

There are an average of 17 large commercial tanker and container ships that pass through that stretch of water on their way to ports on the mainland each day. Over the course of a year, that equates to thousands of ships passing through.

“Through our system, we’ve already developed the world’s largest database of ship noise. We have more than 10,000 vessels in that database, and it’s growing every day,” Hannay says.

By reducing noise emissions from future ships, the company hopes it can help protect marine mammals locally and, perhaps, globally.

“While it’s aimed at quieting vessels for and improving the habitat for southern resident killer whales, this project is going to lead to reduction in vessel noise worldwide; and so its global impact is really important and something we are really proud to be part of,” says Hannay.

The Boundary Pass station follows in the footsteps of an underwater listening station deployed in the Strait of Georgia by JASCO and Ocean Networks Canada, a demonstration project that operated successfully from 2015 to 2018.

JASCO is also working with the ECHO Program to use the vessel noise signatures to investigate the relationships between vessel noise emissions and operational and design parameters, to support the building of quieter ships and encourage quieter vessel transits in the region.

The long-term monitoring project will also document trends in underwater noise over many years, the company says. That means it will provide valuable feedback to Transport Canada on the effectiveness of measures aimed at reducing shipping noise in southern resident killer whale habitats.

JASCO will operate the station and continue to deliver results until at least March 2023.