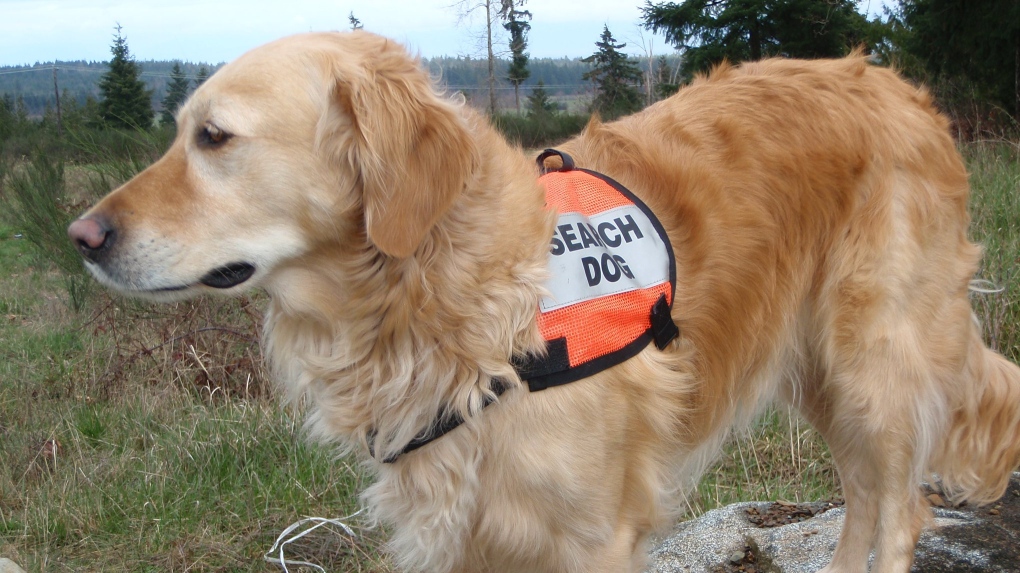 VICTORIA -- The Comox Valley Ground Search and Rescue (SAR) team is mourning the death of one of its most beloved members, service dog Luke.

According to search manager Paul Berry, Luke’s time with the team took him on countless searches across Vancouver Island and B.C.

“Luke was a real [boon] for the team,” said Berry. “He liked everybody and was very approachable and often led our group in public settings, like in parades and so on.”

While Luke was described as a “social butterfly,” Berry says that the canine was always focused while on the job.

“He was very good search dog and very dedicated to his work,” said Berry. “When he was at work, it was all work.”

Luke was raised and trained by his handler, Chris Smith, who also works with the Comox Valley SAR.

While Luke was based in the mid-island, Berry says that search dogs are called to wherever they are needed most across the province, and Luke was deployed throughout B.C.

The search and rescue team now has four search dogs in its service.

“The team will feel Luke’s passing and our thoughts go out to Chris and his family because these dogs are not only working dogs, they are members of his family as well.”