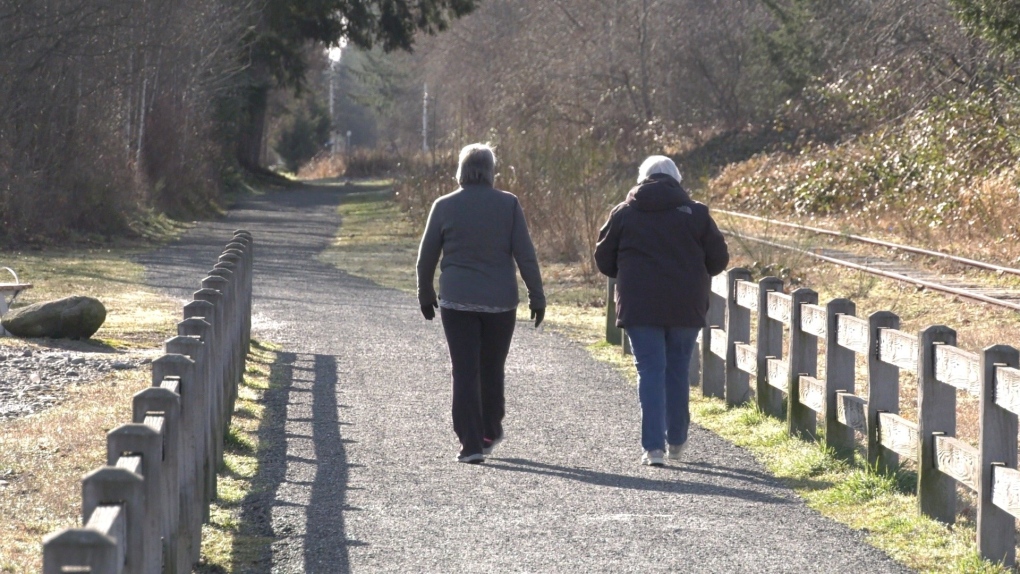 The incident happened along the Rotary Trail, which parallels the old Esquimalt and Nanaimo rail line through Courtenay. (CTV News)

COURTENAY -- The RCMP are investigating what's believed to be an unprovoked hammer attack on a 46-year-old man Monday evening.

The incident happened around 5:30 p.m. along the Rotary Trail, which parallels the old Esquimalt and Nanaimo rail line through Courtenay.

The victim tells CTV News the attack happened not far from the old train station at Cumberland Road.

"I was walking and I saw the guy when I was headed to town – he was headed my way,” said the victim, who CTV News has agreed not to identify. “I saw him coming my way and he just looked like a surly, (20-year-old) kind of dude.”

The victim says he gave a friendly nod to the younger man and that's when things went wrong.

"He just kind of took exception to something,” the victim said. “He pulled out a hammer, like a small roofing hammer, out of the front of his pants.”

He allegedly began swearing and swinging the hammer at the victim, striking him.

The victim says the attacker was wearing a black hoodie and baggy jeans.

"He swung it and I put my forearm up to block it and it kind of grazed off just below my elbow and then he was swinging and brandishing it,” he said.

The victim ran and then turned around to face the suspect again.

"I realized I'm 46 with bad knees and maybe he'll get me from behind so I turned around and he hadn't caught up and was swearing and swinging his hammer around and I yelled and swore back at him and then he just kind of hoofed it out of there" he said.

The attacker continued walking past the old train station while the victim says he began to warn others of the attack.

"I told people watch out, there's a guy who's unhinged,” he said. “That's a standard walking area, a lot of people walk that and it wasn't at night, it was still bright out.”

The Comox Valley RCMP say they are increasing patrols in the area, including bike patrols, in response to the attack.

“We are committed living and working in a safe community and we will continue to adjust our resources and work with our community partners in areas that need attention,” said RCMP Const. Monika Terragni in a statement Tuesday.