Comox air force base lights up heritage planes for the holidays

COMOX -- A popular Comox Valley attraction that's of special interest to aviation fans is getting an extra boost this year.

Thousands of Christmas lights have been added to the display of antique aircraft at the Heritage Air Park outside of 19 Wing Comox.

Personnel at the base have created a dazzling light show to raise the spirits of people during these dark times.

Lt.-Col. Andrea Dawe says this is the first of what will hopefully be an annual event.

"It's been a rough year with COVID and this certainly spreads quite a bit of morale across both [the] military and civilian community out to the Comox Valley" Dawe says.

The base’s deputy wing commander says more than 80 volunteers were out decorating a dozen aircraft and are following the theme of the 12 days of Christmas.

"It's just a fantastic tribute to our RCAF history and heritage" Dawe says. 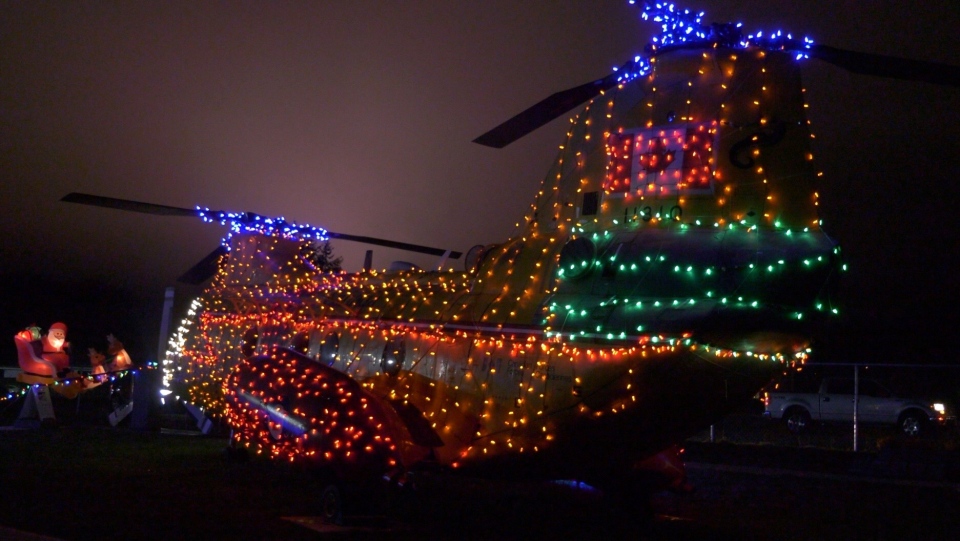 The airpark, which is operated by the Comox Air Force Museum, is normally open to the public but the gates have been locked throughout the pandemic.

Personnel are asking the public to enjoy the light display from the comfort and safety of their own vehicles.

“We are not encouraging any gatherings at all due to the provincial restrictions,” Dawe says. “We want people to enjoy the light display but to safely drive by.”

Dawe says Comox is the first air base in the country to do a light display on their antique aircraft but believes others will follow once word of the display grows.