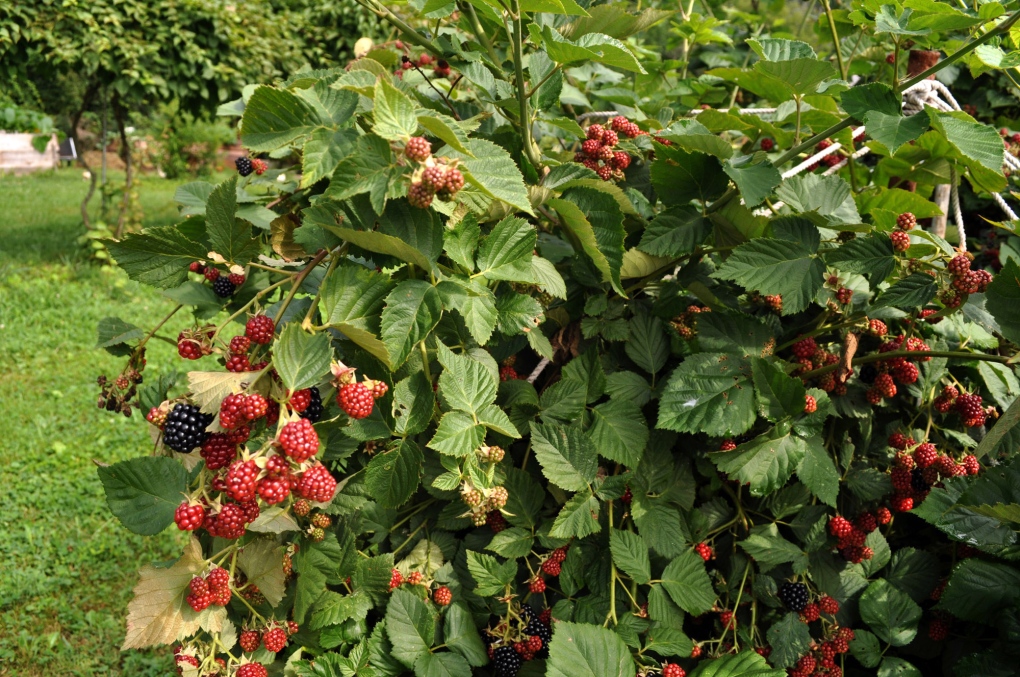 This undated photo provided by Lee Reich shows blackberries growing in New Paltz, N.Y. No need to fear here; canes bearing this heavy crop of blackberries are thornless, so won't 'bite' you. (Lee Reich via AP)

Members of the James Bay Neighbourhood Association are mulling plans to plant berry bushes along public boulevards in Victoria's oldest residential area, in the shadow of the B.C. legislature.

Association president Marg Gardiner says two sites are specified in a proposal that will be presented to city council later this week.

The types of berry bushes haven't been decided and Gardiner says it will be up to volunteers to plant, maintain and harvest.

The association's boulevard gardening project is aimed at supporting gardeners and improving food security in the heritage neighbourhood.

Dwarf apple and fig trees have already been planted, and a community herb garden has also been created.