Victoria police and some local business owners aren't mincing words when it comes to a recent surge in crimes committed by youth in the downtown core.

Maurio Schelini owns the Tuscan Kitchen on View Street in downtown Victoria. He says he was bear sprayed in the face at his business by a 15-year-old.

"The fellow that left the store first just sprayed me in the face," Schelini told CTV News.

Two teenagers began acting obnoxiously in the store several weeks ago. Schelini asked them to leave, and then the alleged assault occurred just outside the shop.

"After that, I ran into the washroom and ran my face under water for two hours," said the business owner. 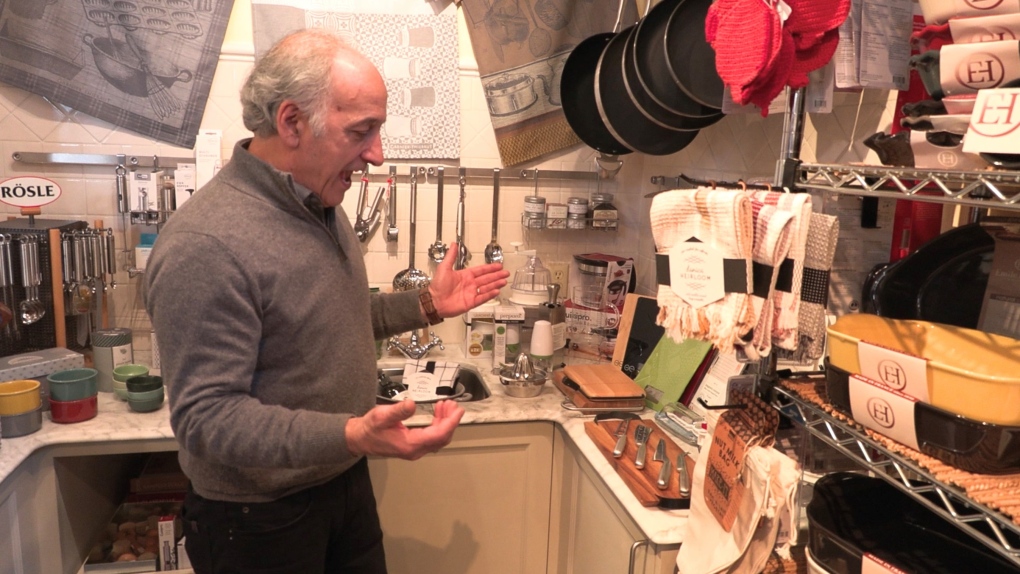 The police were called and later arrested the pair in Bastion Square.

"That’s when I saw two of [the knives] were missing," said Schelini.

He then realized the pair had stolen two knives from his store.

The Victoria Police Department says it's seen a disturbing trend unfolding over the past three weeks.

"They are coming down to wreak havoc," said Bowen Osoko, spokesperson for VicPD.

Teens come downtown on public transit from outlining municipalities, bringing with them drugs, booze and weapons with one purpose in mind, according to Victoria police.

To date, 25 major incidents are being investigated. This includes a group of 25 youths who reportedly attacked a 70-year-old man on Douglas Street.

A group of 14 youths also swarmed a police officer, trying to prevent their friend from being arrested, police say.

On May 6, a group of up to 150 youths marched up Government Street from Dallas Road, stomping overtop of vehicles and kicking off rear view mirrors, according to VicPD.

Residents who spoke to CTV News on Friday had mixed responses on the issue, with some saying they felt less safe in the downtown area recently, while others felt like there wasn't a significant change.

The Victoria Police Department is working with all police agencies in the region on these files. VicPD says this week the focus will be on breaking up these gatherings and to enforce the law.

"We’ll be seizing weapons, we’ll be making arrests, and where appropriate, we will be recommending charges," said Osoko.

Back at the Tuscan Kitchen, Schelini has proceeded with pressing charges against his attackers.

"I don’t regret pressing charges and I hope that’s the first and last time that these two kids will do what they did," said Schelini.

None of the charges have been tested in court.