'Come in and explore': BC Aviation Museum holds first open house since pandemic

'Come in and explore': BC Aviation Museum holds first open house since pandemic 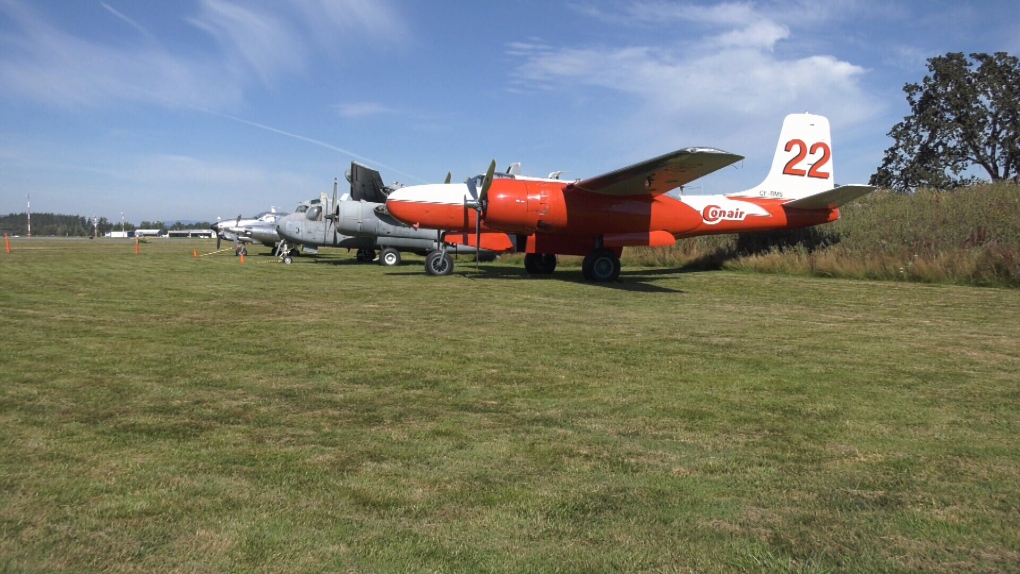 Aircraft at the BC Aviation Museum are shown. (CTV News)

After being grounded for the past three years due to the pandemic, volunteers at the BC Aviation Museum in North Saanich, B.C., are ready for takeoff with the facility’s first open house since 2019.

On Saturday, Aug. 20, more than 40 tour guides will be on hand to provide visitors with an in-depth look into B.C.’s aviation history.

During the course of its 35-year history, the North Saanich-based museum has collected more than 30 aircraft and thousands of artifacts with each item representing a key moment in the province’s history of flight.

"We want people to come in and explore," said BC Aviation Museum board president Laura Lavin.

"Every year there’s new acquisitions, we get new planes like the [Grumann] Tracker. We’re the past of aviation and the future," she said.

The collection of aircraft on display range from military aircraft made famous in the Second World War, such as a Spitfire and a Bristol Bomber, to a 1950s era Tran-Canada Airlines Vickers 757 Viscount passenger airliner from the early days of commercial air travel.

"You can actually walk through the Viscount and see what public travel was like back then," said Lavin. "You can really see how aviation has changed and grown through our history."

In addition to the museum’s aircraft displays and exhibits, a number of guest fly-overs will take place during the open house.

"That’s going to be exciting for people to see," said Lavin. "It’s a prototype still, but having Harbour Air’s electric plane here is exciting and it's fascinating to see the development of aircraft."

Organizers have arranged for a number of other special guests to appear at the event. The Victoria Airport Authority will have its firetrucks on display and the Royal Canadian Airforce’s 443 Squadron will be on hand with a Cyclone helicopter for visitors to see.

"We’ve been part of the community for 35 years and we’d like to celebrate that," she said. "We want people to come in and explore and have a good time."

The BC Aviation Museum is located at 1910 Norseman Rd., not far from Victoria International Airport.

Health Canada says Canadians ages 12 and up can now be given the Pfizer-BioNTech COVID-19 booster vaccine that targets the BA.4 and BA.5 strains of the Omicron variant.

Who is Danielle Smith? UCP leader and Alberta's next premier

The United Conservative Party has placed Danielle Smith, the former leader of the now defunct Wildrose Party, at the helm as it looks to solidify support ahead of the next provincial election.

The number of people hospitalized with COVID-19 has reached a two-month high in Ontario, as most public health indicators now point to a fall resurgence of the virus.

An Ottawa police officer pleaded guilty to misconduct for donating money to 'Freedom Convoy' fundraisers during the protest in downtown Ottawa.