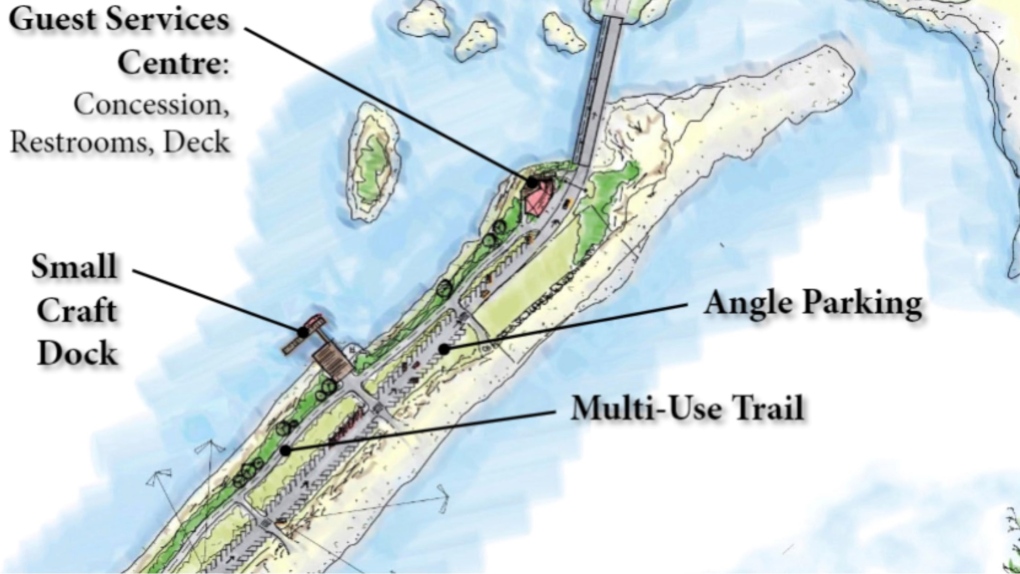 A preliminary rendering of the Lagoon Beach pathway is shown: (City of Colwood)

VICTORIA -- The City of Colwood is showing off some preliminary design concepts for its multi-use pathway along Lagoon Beach.

It’s a 10-year project that will see a nearly four kilometer long, four metre wide pathway built from the Royal Bay Development area to the bridge at the mouth of Esquimalt Lagoon.

The two concepts being proposed for the pathway include a viewing dock that would be built out into the lagoon. The second idea is a bridge that would span across the lagoon that would allow for better access to Colwood’s Pithouse Park and Royal Roads University.

“One of the connections that we’re talking about is working with Royal Roads University and making sure that there's a synergy so that you could ride your bike or be walking through Royal Roads and then connect into our city pathways that will take you right down to the water,” said Rob Martin, Colwood’s Mayor.

“So that there is this full connectivity between everything, which is so exciting,” he said.

Martin went on to say that the public washrooms located on Ocean Boulevard will one day have to been moved due to rising sea levels. New washrooms are now planned for Pithouse Park.

The preliminary concept designs also show a natural play space in Pithouse Park, along with a sharing shelter and parking for 60 vehicles.

“The problem that we have is that Esquimalt Lagoon has become so popular and what that does is push people off the beach and up towards the roads, creating an unsafe environment,” said Martin. “The idea of creating this pathway is to increase safety along the roads and offer everyone equal access to all the areas of the waterfront.”

Colwood will be looking for community feedback on the preliminary design concepts. The city will be releasing a full survey and feedback opportunities after the concept has been reviewed in the next public council meeting on July 12.