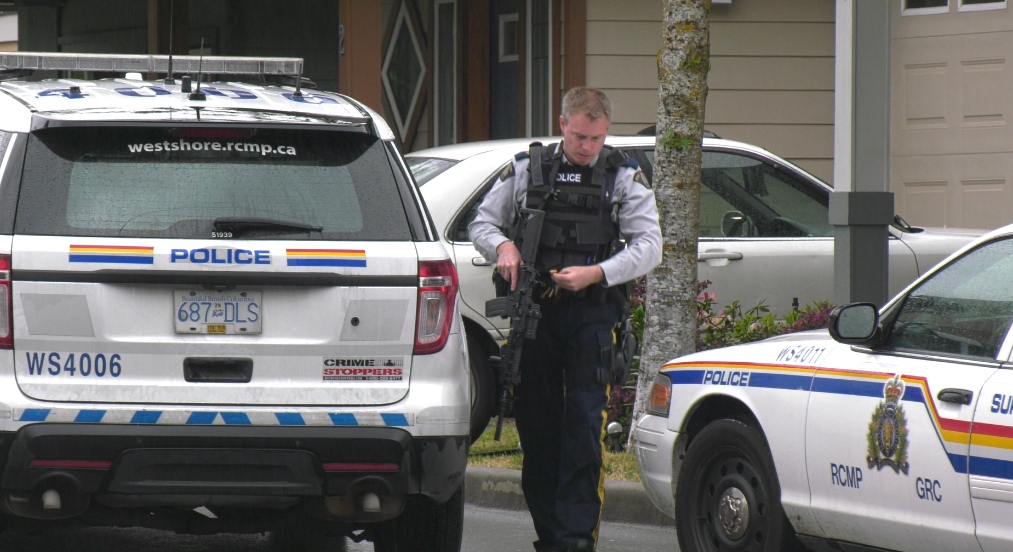 Police respond to an incident on Sooke Road on May 14, 2019. (CTV Vancouver Island)

A Colwood daycare was evacuated Tuesday after police responded to a nearby incident with their rifles drawn.

Police were called to a disturbance on Sooke Road directly across the street from the Sunshine Early Childhood Centre Tuesday morning.

When officers were seen armed with their rifles across the street, the daycare operator decided to evacuate the 40 children in her care.

“We did our emergency evacuation so that we’re off site in case something goes sideways,” said daycare operator Kim Coy. “My heart is going — it’s not a fun event and not something we like to see.”

The children were taken to the nearby Juan de Fuca Park for the afternoon.

No injuries were reported and police say no arrests were made.