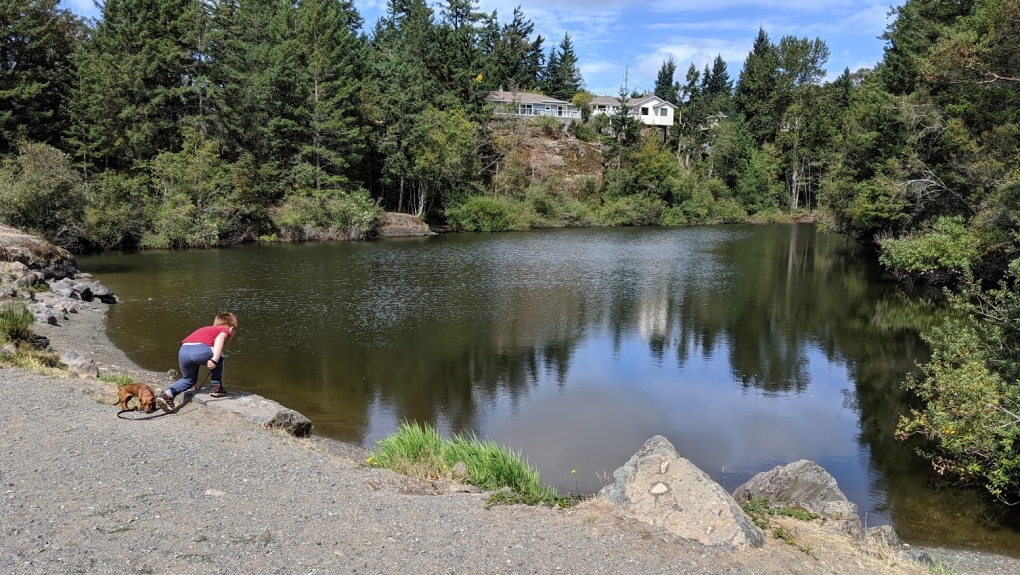 Colwood council will vote on what to do with Lookout Lake on Monday, Aug. 26, 2019. (CTV Vancouver Island)

The future of one of Colwood’s most popular swimming destinations will be decided Monday by city council.

Lookout Lake on Triangle Mountain is packed with families in the summer months. The dam that holds the lake in place was installed in 1958 by a private forestry company and is in need of upgrades.

At a recent Colwood committee of the whole meeting, the city explored three options for the lake.

Two options that would have no effect on the public’s use of the lake include a $1.3-million upgrade to the dam and a $4.4-million replacement of the facility.

The third consideration is the $1.1-million removal of the dam and the loss of the lake.

The committee’s recommendation was to upgrade the dam and make a request for federal grants to offset the cost to taxpayers.

Still, the possibility of losing the lake is a concern for residents.

“Overwhelmingly the comments were for people in favour of keeping the lake," said Colwood spokesperson Sandra Russell. "That’s the gist we’re getting.”

Russell also said the City of Langford is keeping close tabs on Colwood’s decision because if the dam were to be damaged in a natural disaster, Langford’s Sun Heights Drive is directly downstream.

“Langford has been advised and they are anticipating the outcome of council,” Russell said.

Colwood council will decide on the matter Monday evening.