Collision with police car sends 2 to hospital in Nanaimo 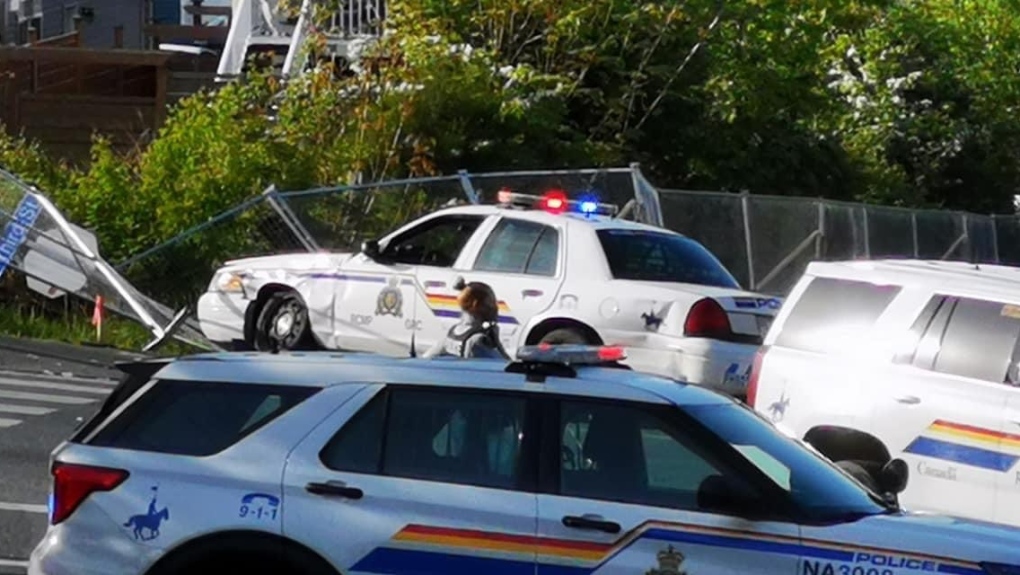 VICTORIA -- Two people, including an RCMP officer, were sent to hospital Monday evening after a two-car collision in Nanaimo.

Mounties say a police vehicle was broadsided by a Toyota Camry that ran a stop sign at the intersection of Third Street and Howard Avenue just before 6 p.m.

The officer and the 25-year-old woman driving the Toyota were both treated in hospital for minor injuries.

Witnesses reported that the woman in the Camry hit the police cruiser after running a stop sign, according to police.

The intersection was closed for approximately one hour Monday while the scene was examined and the vehicles were towed from the scene.

The RCMP officer has been cleared by medical staff and is recovering at home, according to the Nanaimo RCMP.