SAANICH -- So far this year, 6,000 chum salmon have already made their way into the mouth of the Goldstream River. Some have already done what they came to do and have died on the banks of the river.

On a river closer to Victoria, coho numbers aren’t as good.

“We’ve had about 125 salmon that have come up so far,” said Dorothy Chambers with Salmon in the City.

Those are low numbers, but the total is already ahead of last year’s count.

“Last year we only had 119 salmon come up in three months,” said Chambers. “It was dismal.”

Over on Millstream Creek, there’s been another slow start to the Vancouver Island salmon spawning season.

Once those coho do show up, getting to their spawning grounds is going to be a lot easier.

This summer, the Millstream Creek Fishway Project was completed. The project features a ‘fish ladder’ that will allow coho salmon making their way up Millstream Creek to avoid the nearly impossible task of navigating rushing waters that flow through a massive culvert pipe running underneath Atkins Road in Langford. 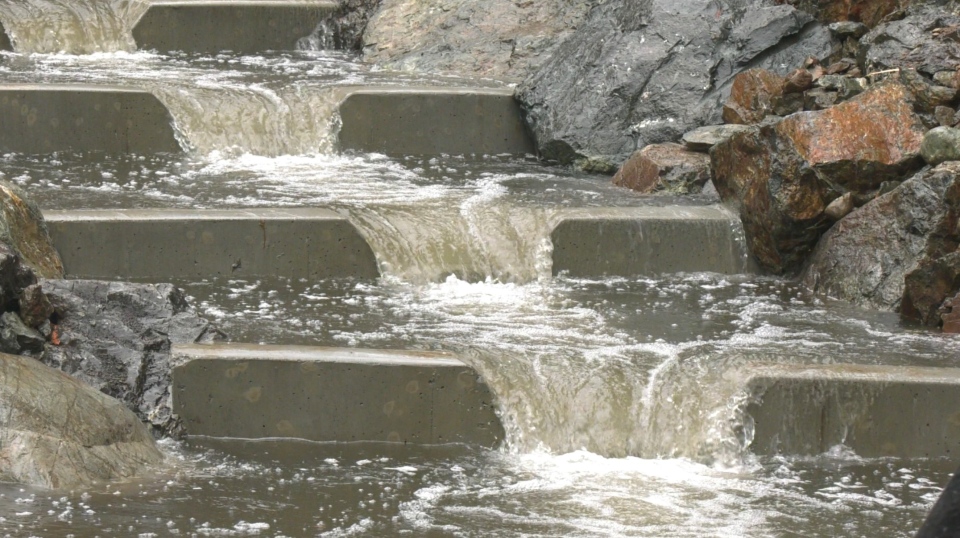 A dry October is to blame for the slow start of the coho run on southern Vancouver Island.

“We’re just coming into the meat of the chum run right now,” said Terry Palfrey, resource manager with the Department of Fisheries and Oceans, South Coast Area, Straight of Georgia.

“Our main streams for southeast Vancouver Island are Nanaimo, Cowichan and Goldstream,” he said

More rain fell in Nanaimo and the Cowichan Valley than in Victoria throughout October.

“I think (chum salmon) sort of came in early because we had that heavy rain and subsequent higher water,” said Palfrey. “That brought some fish in early.”

The return is a little better than what was projected, says Palfrey.

In the southern tip of Vancouver Island, many are still hoping for a late-blooming coho run.

“We’re hoping that there’s a later portion of the run still to come,” said Bruce.

“I’m always hopeful that they’ll be there,” said Chambers. “That we’ll see them, that they will spawn successfully and that in three to four years, we’ll have another fabulous run.”

With more rain in the forecast, we’ll have to wait and see.