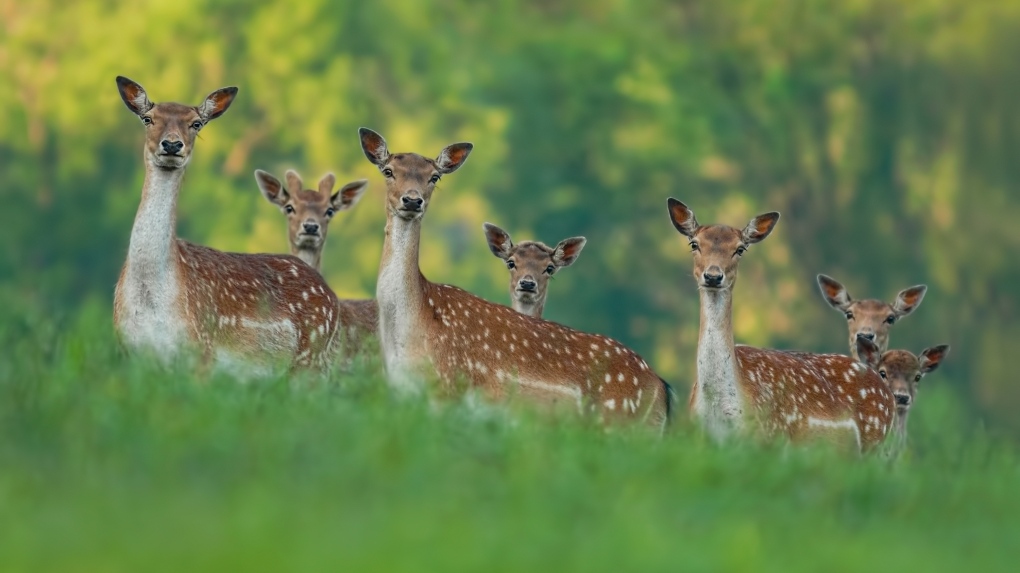 VICTORIA -- A coalition of First Nations, property owners and Parks Canada is aiming to round up and kill up to 500 European fallow deer that have grazed the landscape and trampled ecosystems on Sidney Island north of Victoria.

The deer were introduced to neighbouring James Island in 1902 as prey for hunting parties before invading Sidney Island in the 1960s, where they've wrecked havoc on its meadows, Douglas firs and native plant species.

Strata spokeswoman Triana Newton says any decision to move ahead with the cull would need a majority vote among owners.