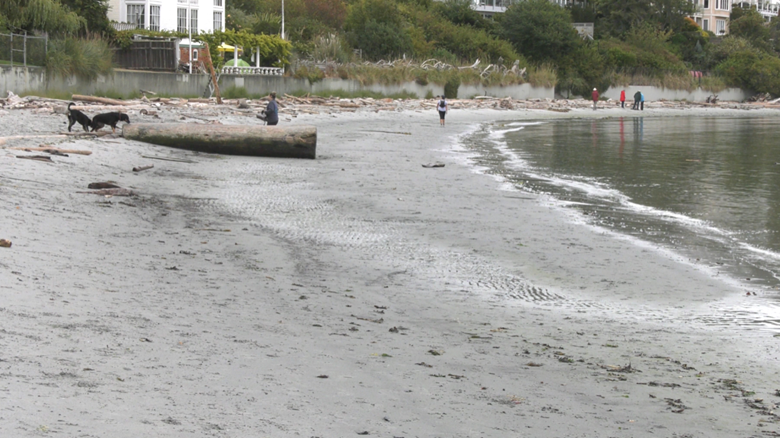 Dogs may no longer be able to run free at one of Victoria’s most popular beaches, because City of Victoria staff are recommending council approve a change to a bylaw that would remove Gonzales Beach as an off-leash area.

The proposed change was prompted after the city received a letter from The Canadian Wildlife Service in June.

The national animal protection agency noted there was an inconsistency between the city’s Animal Responsibility Bylaw, which allows dogs to be off-leash at Gonzales Beach, and the federal Wildlife Protection Act.

Section 5(1) of the Wildlife Protection Act regulations states: "No person who owns a dog or cat shall permit the dog or cat to run at large in a migratory bird sanctuary."

The letter from the Wildlife Service asked that the City of Victoria to make the changes to the bylaw to address the issue.

In a report to be presented to city council on Thursday, staff recommend changing the current bylaw that permits off-leash dogs at the beach in order to comply with the federal regulations and to protect migratory birds that depend on VHMBS as a habitat.

In a statement to CTV News, Victoria Mayor Lisa Helps says staff are recommending the change to meet the federal regulations and to maintain biodiversity.

"This proposed change will bring the city’s bylaws back into compliance with federal regulations with respect to the bird sanctuary," said Helps.

"Gonzales Beach is the one key area where off-leash dogs can have a negative impact on migratory birds," she said.

The report says that in addition to amending the bylaw, staff plan to work with the Canadian Wildlife Service to update signs at Gonzales Beach outlining the impact of off-leash dogs on bird habitats. It says the Wildlife Service has committed to assisting with education and enforcement efforts in the coming months.

Under the current bylaw, dogs are not permitted on the beach leashed or unleashed during June, July and August.

With the city expected to ban off-leash dogs at Gonzales Beach year-round, city staff are recommending that visitors and residents use nearby Pemberton Park if they want to have their pets off-leash.