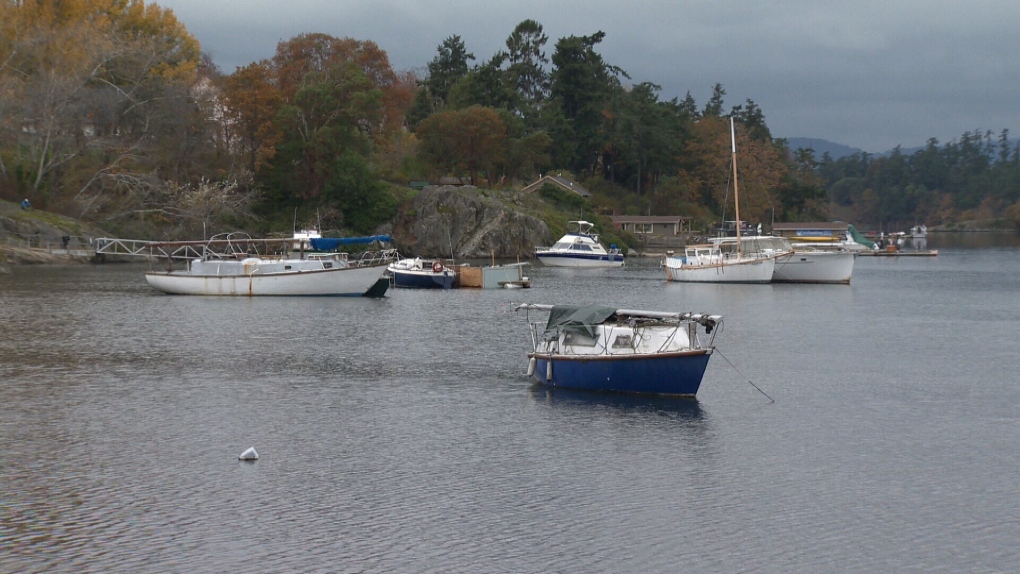 According to the city, there are 24 vessels and four floating wharves illegally situated in the Gorge. Oct. 21, 2016 (CTV Vancouver Island)

The B.C. Supreme Court has cleared the way for the City of Victoria to evict derelict vessels from the Gorge Waterway.

The court ruled Monday that the city has the authority to regulate the waterway, which previously fell under federal jurisdiction only.

The city was seeking an injunction to require owners of abandoned or derelict vessels to move their boats. It also sought an injunction that would force owners to remove illegally moored docks.

“Today’s judgment confirms that the city’s zoning regulations for the Gorge Waterway do not intrude on federal jurisdiction over navigation and shipping, and that they represent a reasonable balance between the municipality's role in regulating land use and boaters' rights to occasionally anchor," City Solicitor Tom Zworski said in a statement.

The court also ruled that boaters' right to anchor doesn't extend to permanent or semi-permanent occupation of public space for private purposes.

The court order means vessel and dock owners must remove their property from the waterway by May 7.

“It is the city’s expectation that owners will respect the court order and comply with the deadline to remove their vessels and property from the area,” Zworski said.

The city enacted a bylaw change in 2016 that limited long-term mooring to a maximum of 48 hours and not more than 72 hours in a 30-day period.

While some vessels voluntarily left, others refused to leave, prompting the city to seek the injunction.

The City of Victoria said it is offering outreach services for anyone living aboard those vessels to help them find alternative housing.

Anyone who notices long-term mooring in violation of the bylaw is asked to report it to the city's bylaw enforcement department at 250-361-0215.