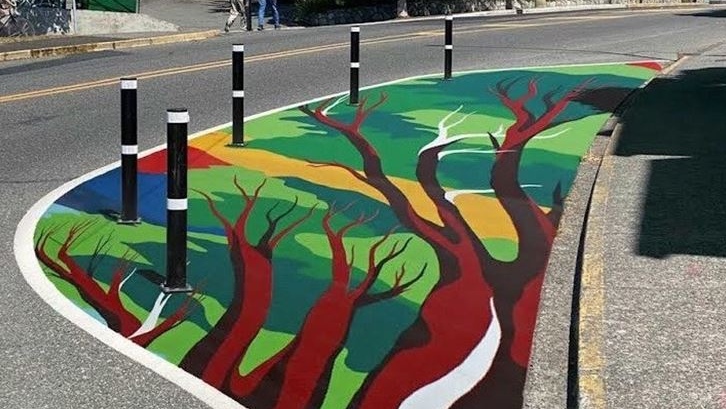 The City of Victoria has announced the six community-led projects that will share $54,000 in funding from the 2021 Participatory Budget initiative.

The theme for this year’s projects that focus on connections with community identity, nature and community resilience is “Neighbourhood Spaces.”

More than 13,000 Victoria residents voted on eight community projects selected by a volunteer committee. The six projects that received the most votes include a community hub in the Dockside Green neighbourhood in Vic West and an outdoor summer movie night in Oaklands Park.

“It's so exciting to see these citizen-led projects funded by the city but chosen by residents and the diversity of them,” said Victoria Mayor Lisa Helps. “From murals to film screenings, look at the creativity in our city, it's amazing and all we needed to do was say, 'Here’s a potential for funding,' and all this creativity comes forward.”

The Greater Victoria Coalition to End Homelessness received a grant of $6,500 for a mural to be painted in Waddington Alley near the lower portion of Yates Street. Youth living in the “Lighthouse” supportive housing community will create the art piece to showcase their artistic talents.

“They are all under 25 and they have gone through a lot,” said Greater Victoria Coalition to End Homelessness representative Bronwyn Dodds. “It's going to mean so much to the residents to have their art celebrated, its going give them a chance to see themselves represented in their community.”

The “Curbside Colour” project by the Greater Victoria Placemaking Network received $15,750 in funding for its collaboration with Indigenous artists to create two murals in traffic-calming spaces in the city’s downtown core. The colourful murals will be painted in a space on Quadra Street just south of Burdette Avenue and the intersection of Burdette Avenue and Vancouver Street.

“As a placemaking network, we want to reconnect to the deeper history of [Victoria] and of course the Indigenous history and their reality today,” said Greater Victoria Placemaking Network board member Lorne Daniel. “By repainting this asphalt we’ve got some way of reconnecting people with what was here before and what’s the space really about in a much deeper way.”

The Theatre SKAM Association received a $20,000 grant for the 2021 Participatory Budget initiative to stage a series of live performances featuring short digital documentaries in Victoria neighbourhoods. The animated films will explore the history of the land over the past 500 years.

For more information on the winning projects visit the City of Victoria’s Participatory Budget initiative website.

The nation and the city of Memphis struggled to come to grips Saturday with video showing police pummeling Tyre Nichols -- footage that left many unanswered questions about the traffic stop involving the Black motorist and about other law enforcement officers who stood by as he lay motionless on the pavement.

Germany's ambassador to Canada says NATO will not become 'a party to the conflict' in Ukraine, despite several countries announcing they'll answer President Volodymyr Zelenskyy's pleas for tanks, possibly increasing the risk of Russian escalation.

Mass shootings have commanded public attention on a disturbingly frequent basis across the U.S., from a supermarket slaying in Buffalo, New York, to an elementary school tragedy in Uvalde, Texas, to a recent shooting at a California dance hall.