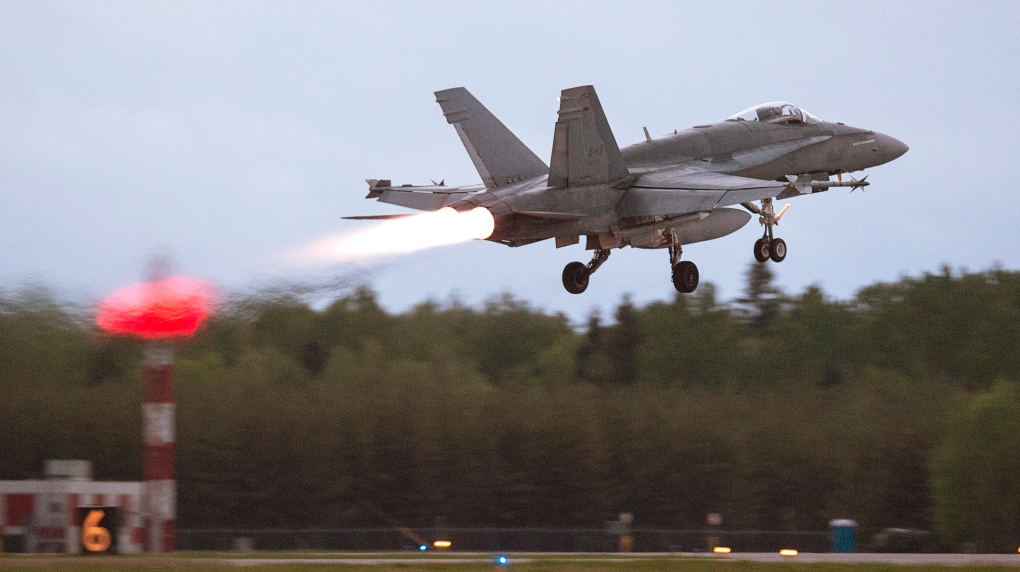 An RCAF CF-18 takes off from CFB Bagotville, Que. on Thursday, June 7, 2018. (THE CANADIAN PRESS/Andrew Vaughan)

The annual event is scheduled to last just over a week, running from May 16 to 24.

While the arrival of the aerobatics team often draws onlookers to the Comox region, the demonstration team is asking the public not to gather at or near the base due to the ongoing COVID-19 pandemic.

“While the team is very excited to be returning for spring training in Comox, due to the ongoing COVID-19 pandemic they request that members of the public follow the public health measures recommended by the Public Health Agency of Canada and the British Columbia Ministry of Health and do not come to 19 Wing Comox to watch the practice,” the team said in a statement Thursday.

“This also includes any other traditional viewing areas around the base including Air Force Beach and Heritage Air Park,” said team spokesperson Capt. Rachel Brosseau.

All demonstration team members will have completed COVID-19 screening prior to their arrival in Comox and will limit their movements in the community, said Brosseau.

Residents in and around the Comox Valley can expect to hear increased jet noise during the training. The demonstration team says the events are “carefully planned and closely controlled to ensure public safety at all times and are subject to weather and operational requirements.”