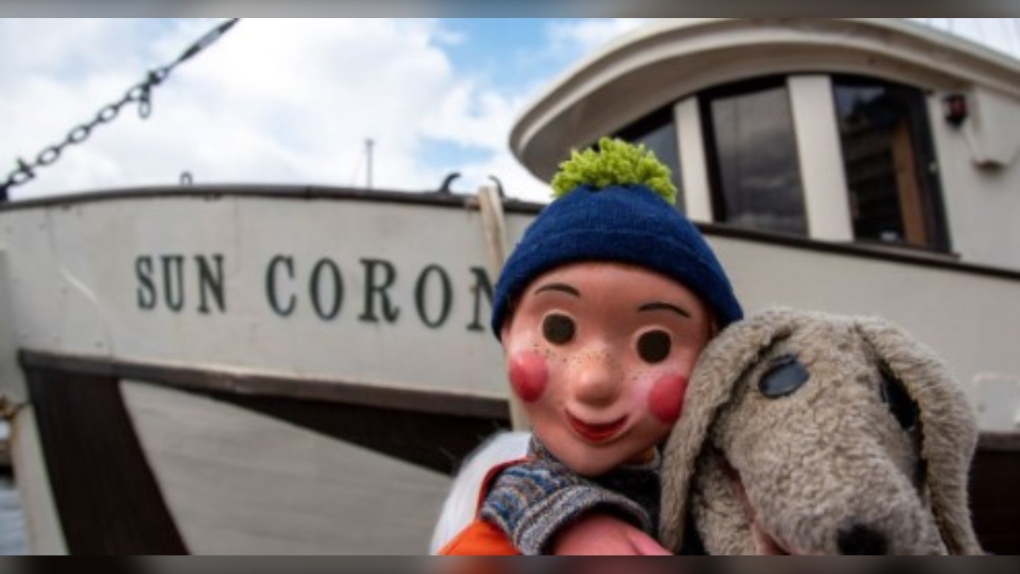 COURTENAY, B.C. -- Move over Pamela Anderson. Step aside Kim Cattrall. Two other Vancouver Island-area celebrities lent their likenesses to a worthy cause Thursday.

Casey and Finnegan, the iconic puppets of the children's television series “Mr. Dressup,” took their first boat ride in a Facebook movie premiere to help promote the 2021 Herring Fest on Hornby Island.

“We’re reaching out through the puppets to the Prime Minister and to Minister (Bernadette) Jordan, saying please shut down this fishery,” says Grant Scott, chair of the Hornby Island Conservancy.

Why Casey and Finnegan? The puppets are actually the property of Judith Lawrence, who created the pair when she was working on the popular CBC children’s series and has lived on the island for the past three decades. Lawrence is also a member of the conservancy.

“It was a natural thing for us to ask her if she was interested in doing something because she’s very passionate about the herring issue and marine (life) around Hornby, and she said yes,” Scott says.

Scott says the initiative was necessary in large part because the festival, currently in its fifth year, has had to go virtual due to the COVID-19 pandemic.

The puppet pair are seen with Scott in a five-minute video, taking a ride aboard the former fishing vessel ‘Sun Corona’ and venturing onto the waters surrounding the island to bring greater awareness to the festival and the plight of the herring of the Salish Sea.

It marked one of the first video appearances Lawrence, Casey and Finnegan have done since the trio left the CBC back in 1989.

“She just loved it, my being out there with her on that old boat and the young woman who was the videographer, it was just a pure pleasure,” Scott says. “I mean, all I had to do was ride the boat and do a little talk with these amazing little creatures, it was magic.”

More than 4,000 episodes of the series aired over 29 years from 1967 to 1996. The series starred host Ernie Coombs as Mr. Dressup, but it was the puppet pals that kept young viewers intrigued.

Casey was a gender-neutral four-year-old who had a floppy-eared companion named Finnegan. The puppets were phased out, when Lawrence left the show and took them with her. Viewers were told that the characters had gone off to kindergarten.

The duo’s water trip is only part of the conservancy’s virtual Herring Fest.

Other activities include an art show and sale, online performances and a Virtual Sea Life boat tour where viewers can “experience the spectacular wildlife of the herring spawn from an ex-commercial fishing vessel, the Sun Corona.”

“We’ll capture the best sights and sounds, getting you as close to the action as possible from the comfort of your living room,” the festival website reads.