VICTORIA -- Police and conservation officers rescued of a pair of deer that were tangled in a fishing net in Victoria on Sunday.

Officers were called to the Fairfield neighbourhood around 10 a.m. for a report that two deer were in distress. 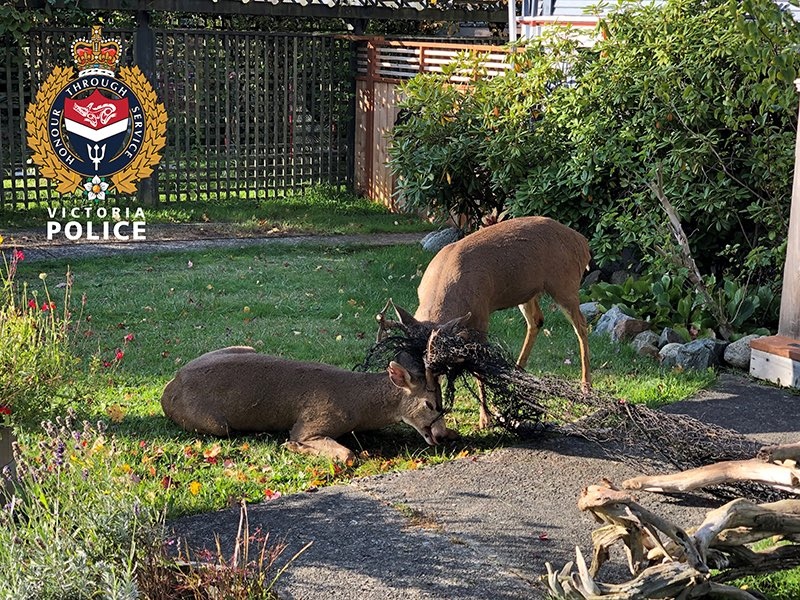 Police and conservation officers found two black-tailed bucks tangled in a fishing net and dragging a “wheelbarrow-sized” piece of driftwood, near the intersection of Kipling and Richardson streets, according to police.

Conservation officers sedated the animals and cut them free from the netting. 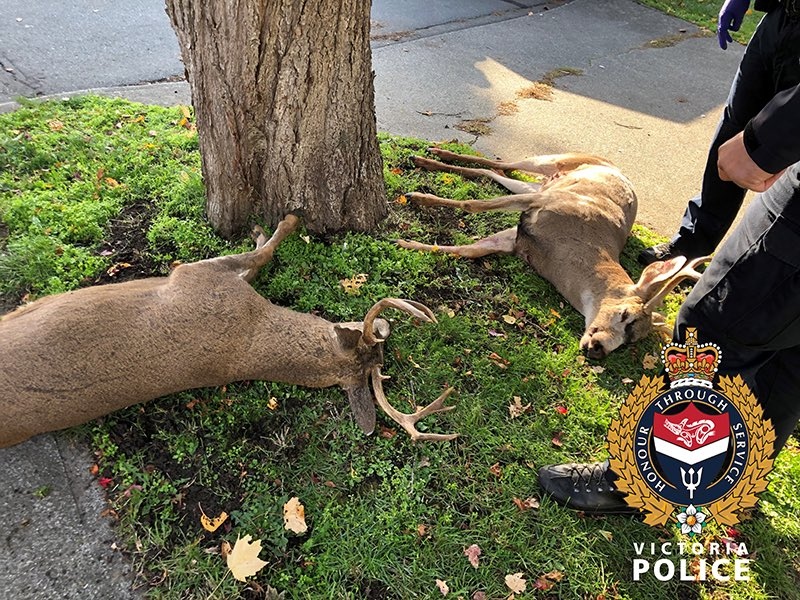 The tranquilized bucks were then put in a police van and a conservation service truck and safely released in a rural area, police said.

No one was injured during the incident, despite the large crowd of onlookers who had gathered to watch the ordeal.