Caught on cam: Orcas swim within metres of man on B.C. shoreline

Caught on cam: Orcas swim within metres of man on B.C. shoreline

A pod of orcas provided the thrill of a lifetime to a group of visitors on Quadra Island, B.C., Sunday night.

The five friends were hanging out on the shoreline of Moulds Bay on the eastern side of the island and had witnessed a pod of whales in the distance. Soon after, the orcas came closer to the island.

"Probably an hour before we were sitting on the rocks, and hanging out and in the distance at a little island we saw some blows," said Brooke Bell, one of the five people who saw the orcas.

"So then we got the binoculars out and actually saw some fins and were like, 'Oh cool I think that’s actually some orcas down there.' Little did we know they were going to come right up to us later on," she told CTV News.

The pod approached the friends, coming to within three metres of Callum MacNab who was standing ankle deep in the water. 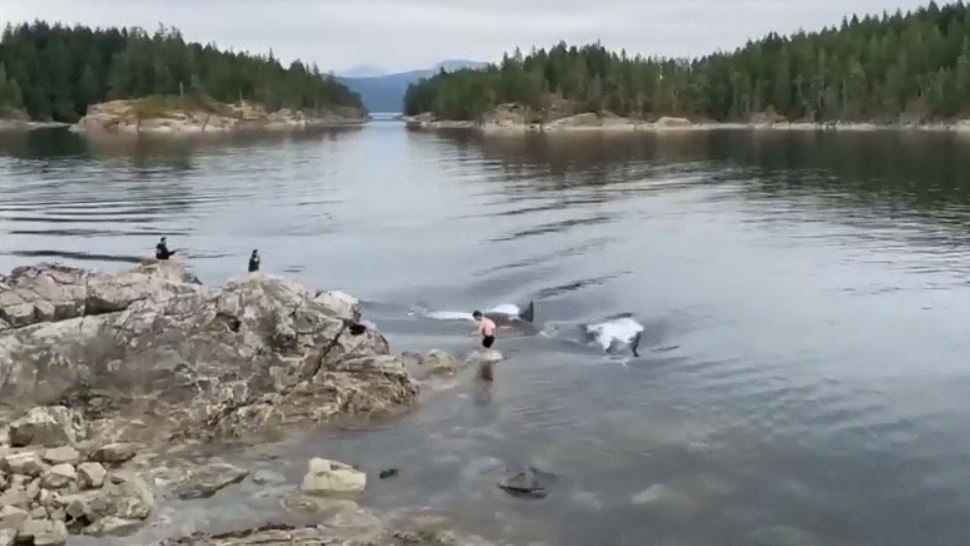 MacNab says he initially contemplated swimming with the mammals but then thought otherwise.

"As much as you read about them and you go to the museum and you see replicas of them, when you’re in person it’s totally different," he said.

"That was kind of the shock that led me to step back, just these creatures are enormous."

The encounter was caught on camera by Erika van Sittert who posted the video on Facebook.

"As exceptional as the video is, it doesn’t do the moment justice at all," van Sittert said.

"We already thought it was amazing just being so close, but the fact Callum was in the water and it came to check him out – we just all stood in shock afterwards and stared at each other like, 'What just happened?'" 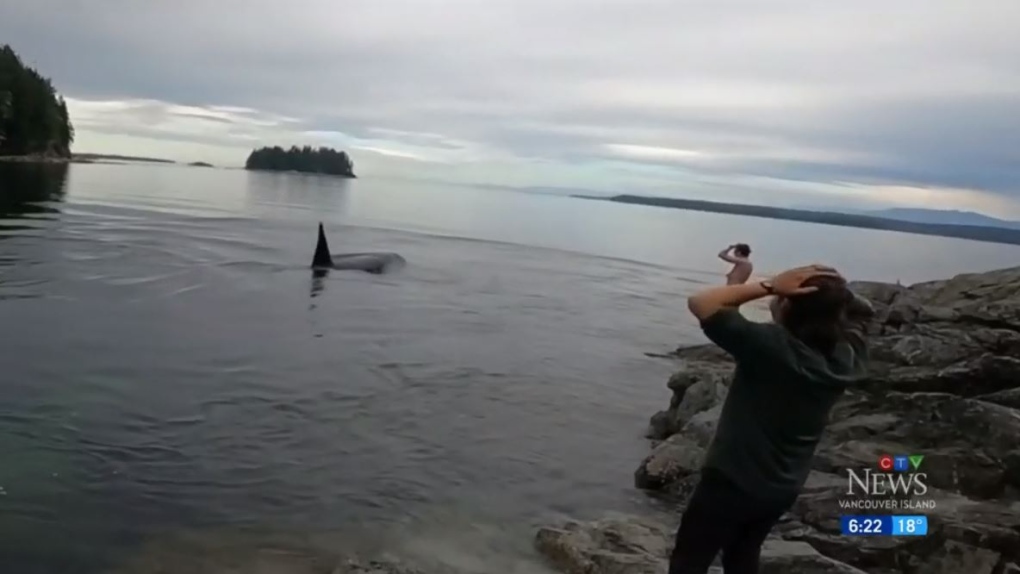 The woman says she previously worked for a few whale watching companies and thought they might have been in for a private show.

"I knew it could have been an interesting encounter when they were already that close to shore. It was more incredible than I could have imagined," she said.

Researcher Jared Towers says there has been a lot of Biggs Killer Whale activity in the Salish Sea recently, and the orcas often come close to the shoreline for food. It’s likely the whales were checking out the humans, he says.

Towers identified the pod as being from the T-090 family, which consists of a mother, an adult son and two daughters who were identified back in 1987. 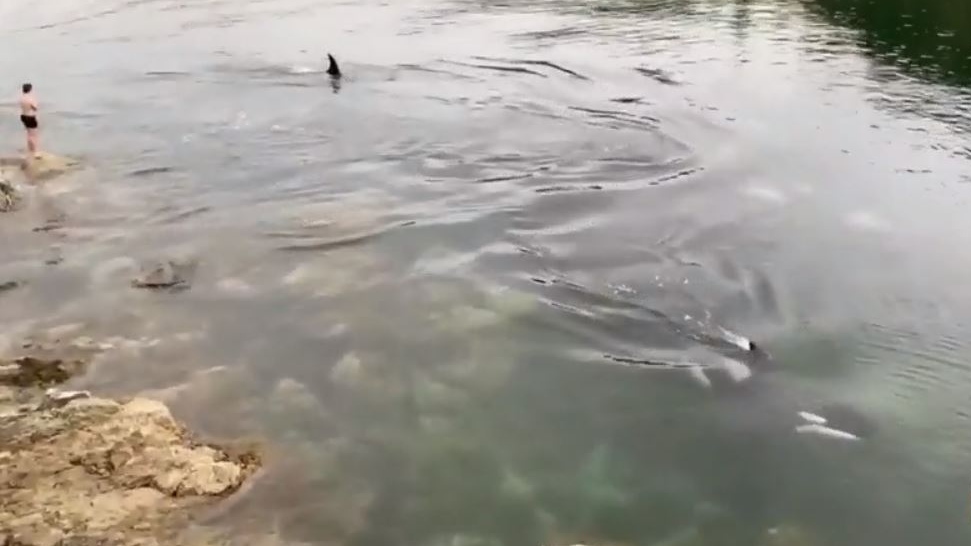 Towers says the same pod appears to have had another encounter with another swimmer who came face to face with the orcas in the open water.

"Secondhand through a colleague of mine who was camped there in Heriot Bay [heard that] some other campers that he met were on the water in their boat and their 14-year-old son was swimming off of the boat," said Towers.

"These Killer Whales came out of nowhere and were between their son and the boat," he said. "They came over to check him out."

For the five friends, the weekend encounter, which lasted just over a minute-and-a-half, was life changing.

"That’s as good as you can get without being obtrusive to the animals," said MacNab.

"They’re wild and you want to respect them and they’re vulnerable animals so that’s about as good as an experience as you can get without really harming them and being in their way," he said.

Bell says the group might do something to mark the shared experience.

"We are all sort of still mind-blown by it. We all decided we might get matching tattoos to kind of remember the moment," she said.