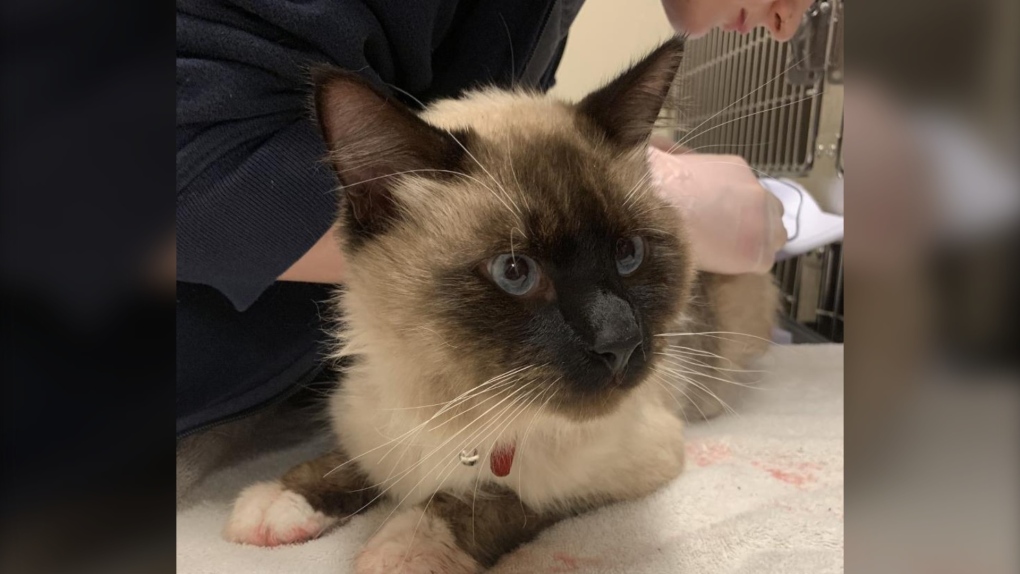 Staff at the branch have been taking Kyndill to the vet daily to have his bandages changed and to apply a burn cream to his paws. (BC SPCA)

VANCOUVER -- The BC SPCA is appealing to the public for help covering the cost of medical care for a stray cat found on Vancouver Island with "serious burns" on its paws.

The one-year-old male cat, named Kyndill, was brought to the SPCA's Alberni-Clayoquot Branch in Port Alberni by a Good Samaritan, who found the animal "wandering around looking weak and in pain," according to the BC SPCA.

The burns were found on all four of Kyndill's paws, causing the pads to peel and leaving him in "excruciating pain," the agency said.

Staff at the branch have been taking Kyndill to the vet daily to have his bandages changed and to apply a burn cream to his paws. He's also on multiple pain medications, and bills for his care have reached $3,550, the SPCA said.

The agency is hoping to raise the money online through its medical emergency page. As of Thursday afternoon, roughly $500 had been raised.

Despite the pain he is in, Kyndill is very affectionate, according to an SPCA release.

"He’s a beautiful Balinese mix with the biggest blue eyes and has lots of love to give," said Sam Sattar, Alberni-Clayoquot SPCA branch manager, in the release.

Vets estimate that Kyndill will need about a month to heal before he is ready for adoption.

The BC SPCA provides care for animals featured in its medical emergency fundraisers regardless of whether the fundraising goal is reached. If the amount raised exceeds the goal, excess funds are used to provide medical care for other animals.