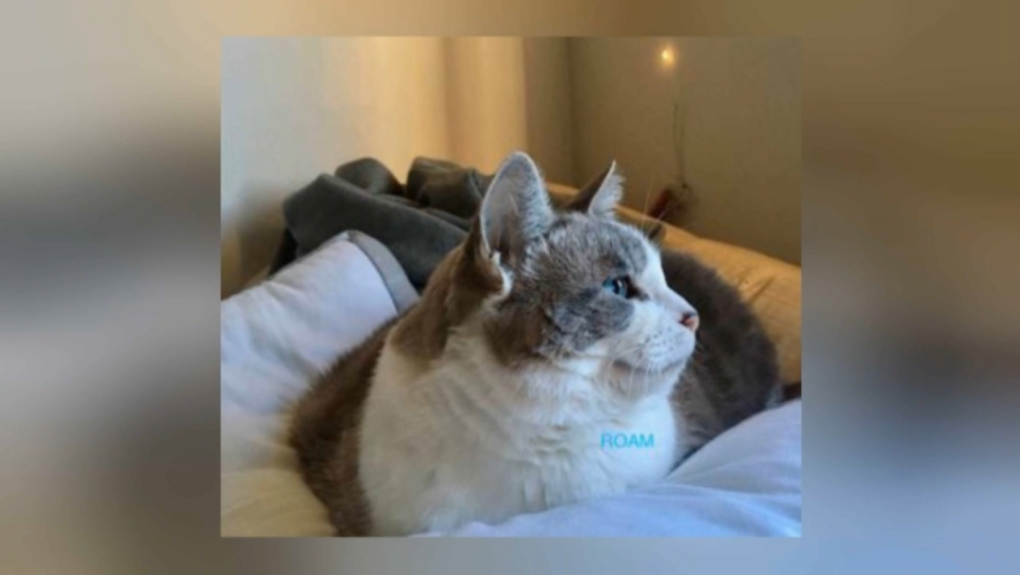 A cat named Itty is missing after a fire in the 2000 block of Chambers Street in Victoria Friday night. (ROAM)

VANCOUVER -- A cat named Itty is missing after a fire in the 2000 block of Chambers Street in Victoria Friday night.

People living in the Fernwood neighbourhood smelled smoke around 10:30 p.m., and firefighters found flames shooting through a window at the home.

The Victoria Fire Department said in a news release that crews attacked the flames from both inside and outside and were able to contain the blaze in a single suite where it originated.

That suite suffered significant damage from fire, water and smoke, while the other two units in the building suffered only smoke and water damage, according to firefighters.

The fire department estimated the value of the damage caused at $200,000, and said the suspected cause of the fire was a candle left unattended with a pet in the room.

No one was injured in the fire, but residents are unsure whether Itty, a female Siamese mix, escaped.

The cat's owner and the local group Reuniting Animals with Owners Missing (ROAM) are asking residents of the neighbourhood to keep an eye out for the missing pet.

They describe Itty as "on the heavier side," with white and blond-grey markings and blue eyes. She has a tattoo, but not a microchip, and is very friendly, according to ROAM.