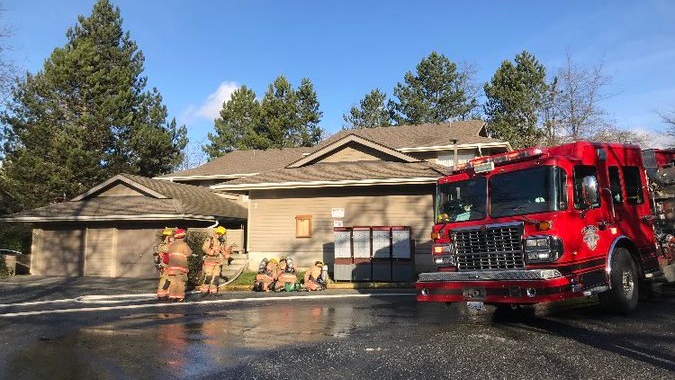 Neighbours reported the fire, which was smouldering inside of a bedroom: (Saanich Fire Department)

VICTORIA -- A pet cat died after a fire broke out in a townhouse in Saanich on Tuesday morning.

The fire burned a townhouse in the 4500-block of Chatterton Way. Saanich Fire deputy chief Michael Kaye says the fire was called in by neighbours, who he credits with helping to limit the damage.

“We had a small smouldering fire in the bedroom of the townhouse,” Kaye told CTV News. “Crews got here quickly and got it knocked down.”

Nobody was inside the townhouse at the time and no other injuries have been reported.

The fire department says the cause of the fire is under investigation.

“It was confined to the bedroom and we’ve got an investigator having a look to see what the cause was,” said Kaye.