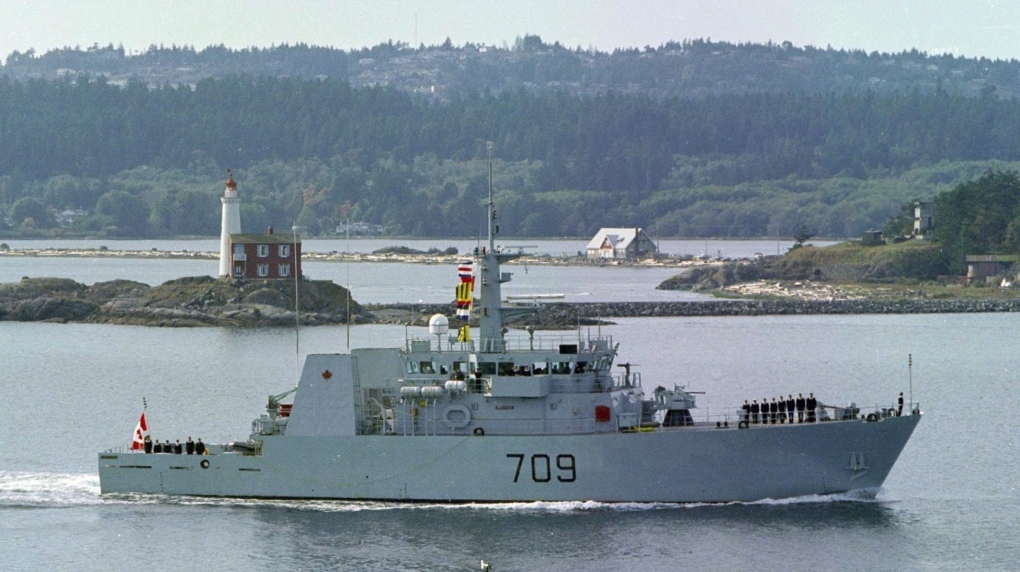 The Canadian navy is renewing its drug-interdiction efforts in South and Central America, with approximately 80 sailors set to deploy from Canadian Forces Base Esquimalt, B.C., on Monday.

The three-month deployment will mark more than a decade and a half since Canada launched Operation Caribbe as part of an American-led counter-narcotics mission in the eastern Pacific Ocean and Caribbean Sea.

The sailors will be joined on the deployment by vessels from the U.S. Coast Guard.

In 2010, Canada and the U.S. signed a memorandum of understanding allowing American coast guard members to operate aboard Canadian warships, according to the Department of National Defence.

HMCS Yellowknife will be captained by Lt.-Cmdr. James Brun, a 17-year veteran of the Royal Canadian Navy, embarking on his fourth deployment with the Caribbean drug-interdiction operation.

His ship will carry a hand-launched aerial surveillance drone. The Puma unmanned aerial vehicle is designed to extend the vessel's range of detection for surface or near-surface vessels.

Lt.-Cmdr. Nadia Shields, a 20-year navy veteran, will be in command of HMCS Saskatoon for a second consecutive year on the deployment.

“We have an amazing, dedicated, professional, and focused team, and I have no doubt we will be successful because of them,” Shields said in a statement. "Our area of operation is larger than the North American land mass itself and we are two HMC ships searching for small boats. It is a difficult mission, but not impossible, as we have proven before.”

In April 2021, HMCS Saskatoon and another coastal defence vessel, HMCS Brandon, participated in a $44-million drug bust that included the seizure of 1,120 kilograms of cocaine.

National Defence estimates the Canadian Forces have either seized or disrupted the trafficking of more than 112 tonnes of cocaine since the inception of Operation Caribbe in 2006.