Canadian warship to sail past Victoria ahead of deployment 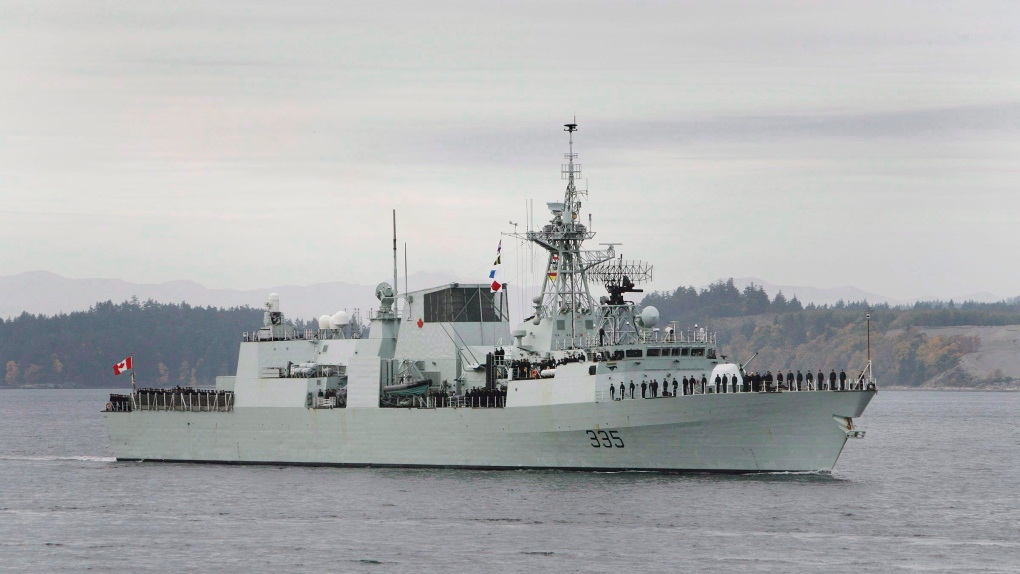 HMCS Calgary and a CH-148 Cyclone helicopter will be visible from several spots along the Victoria-area waterfront Friday. THE CANADIAN PRESS/ Deddeda Stemler

VICTORIA -- A Canadian warship will conduct a sail-past of the Victoria area Friday ahead of its six-month deployment overseas.

HMCS Calgary and a CH-148 Cyclone helicopter will be visible from several spots along the Victoria-area waterfront starting at 4:30 p.m. near the Trial Islands off Oak Bay. 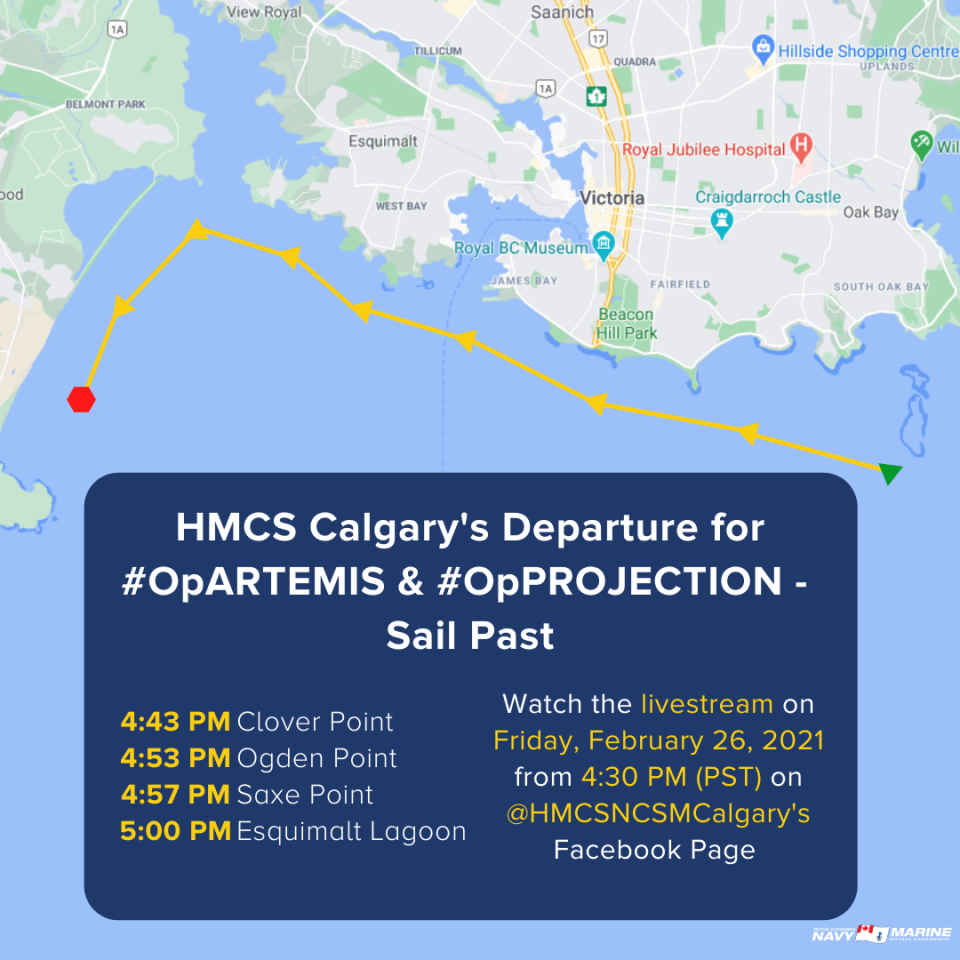 The ship will sail past the following locations at these approximate times:

The public is encouraged to wear masks and physically distance at these locations if they are viewing the sail-past in person.

Alternatively, the event will be livestreamed on the HMCS Calgary’s Facebook page.

Following the sail-past, HMCS Calgary will depart for the Indian Ocean and the Arabian Sea for international counter-terrorism duties on Operation Artemis and Operation Projection.