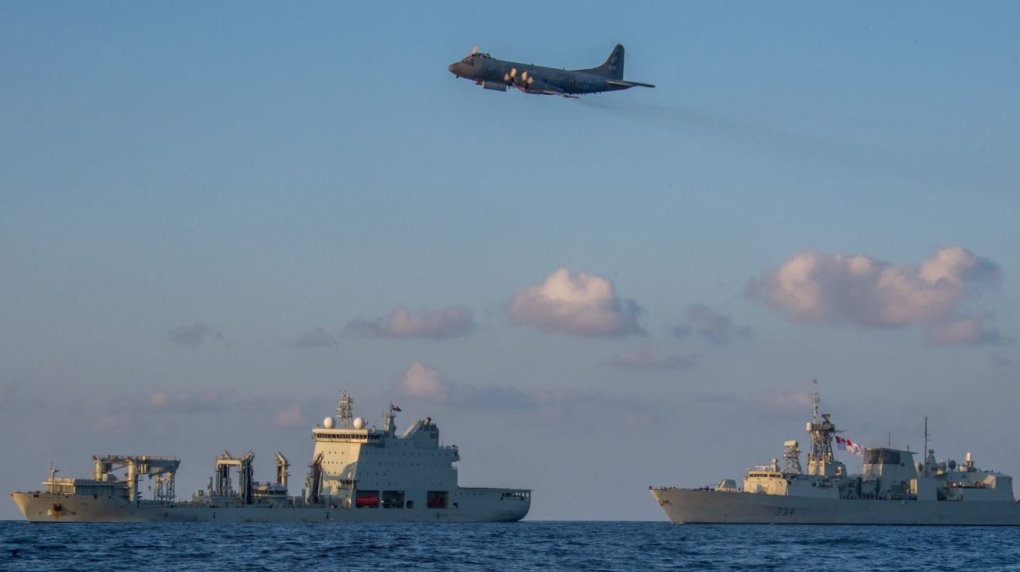 Canadian naval forces based on Vancouver Island will soon be joining the Japanese navy and the U.S. Seventh Fleet to enforce international sanctions against North Korea.

The Esquimalt-based frigate HMCS Regina, supply ship Asterix and a CP-140 Aurora patrol plane based out of 19 Wing Comox concluded Operation Artemis on Thursday after two months of counter-terrorism and drug-interdiction missions in the Middle East and East Africa.

A CH-148 Cyclone helicopter out of Victoria and the Naval Tactical Operations Group out of Esquimalt were also along for the deployment aboard HMCS Regina.

The Canadian naval and air force assets are now headed to Vietnam where they will spend approximately three days next week on a show-and-tell rendezvous with the Vietnamese navy and officials with Global Affairs Canada.

At the end of the diplomatic visit, the Regina and Asterix will depart for Japan, where they'll join the Japanese navy and the U.S. Seventh Fleet to begin Operation Neon.

The operation is part of the international enforcement of economic sanctions against North Korea.

Crew members aboard the Asterix and Regina will be on the lookout for merchant vessels in breach of U.N sanctions that remain in place after a February summit between U.S. President Donald Trump and North Korean leader Kim Jong Un broke down over North Korea's demands for sanctions relief in exchange for partial surrender of the country's nuclear capabilities.

"The West has a list of ships that we're keeping an eye on," said Mark Gough, senior spokesperson for Canada's Maritime Forces.

"They're ships that we know are on the list of those that are not supposed to be doing business with North Korea."

Operation Neon was first announced in a statement from the Prime Minister's Office on April 28, following a meeting between Justin Trudeau and Japanese Prime Minister Shinzo Abe.

Sailors aboard HMCS Regina seized and destroyed more than nine tonnes of hashish and heroin during Operation Artemis.

The drugs, seized during four maritime raids between April 7 and May 3, are valued at approximately $6.4 million wholesale, according to the Department of National Defence.

That's money that "will not be making it into the hands of those wanting to do harm around the world,” said Jacob French, commander of HMCS Regina and the Operation Artemis Task Force, in a statement Thursday.