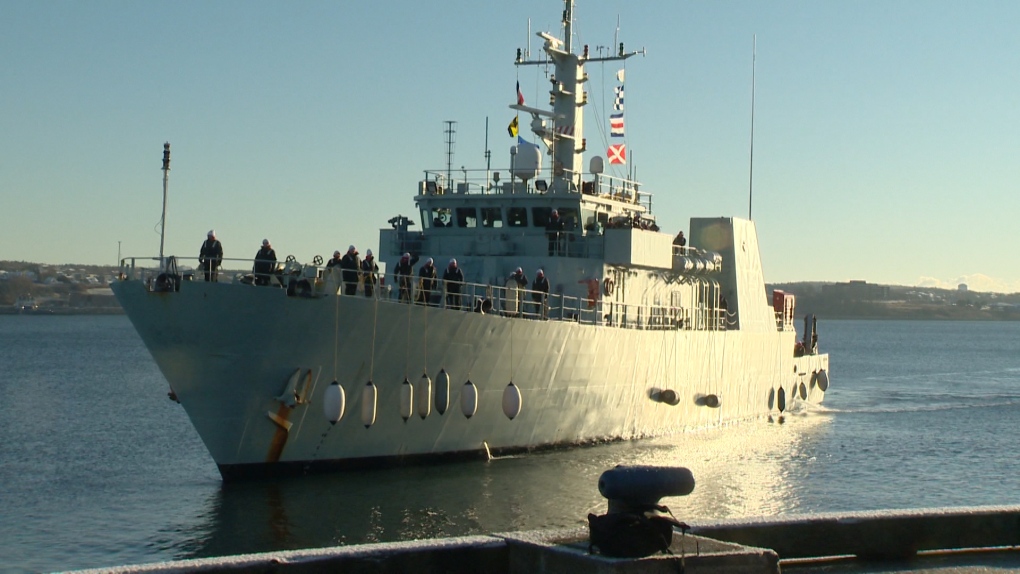 The Department of National Defence says Vice-Admiral Bob Auchterlonie, the commander of Canadian Joint Operations Command, relieved the executive officer of HMCS Kingston of her role "as a result of an alleged incident of inappropriate conduct of a sexualized nature" during a port visit in Lisbon, Portugal.

The vessel is deployed to the region as part of a standing NATO mine countermeasures group.

The allegations against the officer have not been proven and an investigation into the incident is ongoing, according to the Canadian Armed Forces.

In a statement Tuesday, National Defence said its commanders "expect all their members to exercise institutionally appropriate judgment at all times, especially when in a clear leadership or command role."

The Royal Canadian Navy says the officer will continue to serve in other roles within Maritime Forces Atlantic headquarters in Halifax until the investigation is complete.

HMCS Kingston set sail for the NATO mission in the Baltic Sea and the North Atlantic region in June on a four-month deployment alongside HMCS Summerside.