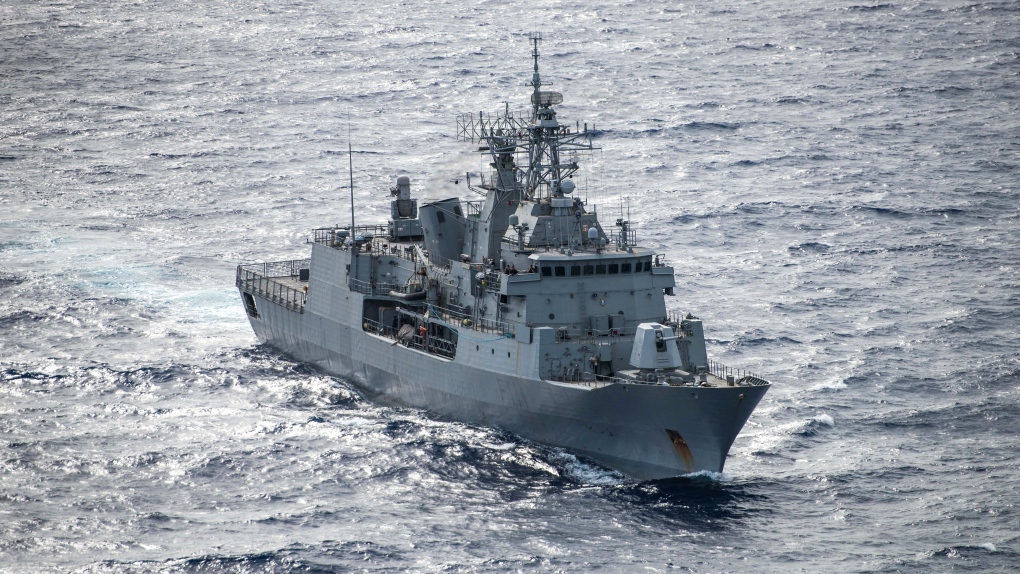 A prolonged court battle over upgrades to a pair of New Zealand navy warships in Canada is now facing years of potential delays as the Attorney General of Canada reviews hundreds of thousands of documents in the case over national security concerns.

The New Zealand government inked a deal in 2014 with Lockheed Martin Canada to install new weapons and surveillance systems aboard Her Majesty's New Zealand ships Te Mana and Te Kaha. The two ships make up the entirety of the country's frigate fleet and the upgrades are intended to extend the life of the warships into the mid-2030s.

Lockheed subcontracted part of the work to Seaspan Shipyards in Victoria in 2018. But two years later, the shipyard filed a lawsuit against Lockheed in B.C. Supreme Court, alleging that problems with the company's designs had cost the shipyard more than $20 million in delays and workarounds on the first ship alone.

Lockheed responded with a counterclaim, alleging the delays were due to negligence, understaffing and mismanagement at the Victoria shipyard, and had set the company back tens of millions of dollars.

Both ships were due to return to New Zealand in 2020. The upgraded Te Kaha was returned in December 2020, nine months after its planned completion date, while the Te Mana remains in Victoria, more than eight years after the modernization contract was awarded.

In a decision published Thursday, a B.C. Supreme Court judge ordered an amended case plan to allow for delays as the attorney general's office reviews hundreds of thousands of pages of court submissions for potential redactions of sensitive national security information.

"The process often takes a number of years," judge Sandra Wilkinson wrote in her decision. "The COVID-19 pandemic has made examination of the documents by the relevant AGC [Attorney General of Canada] staff and agency members difficult, since the documents cannot be electronically transmitted and review must take place in person."

The review falls under Sec. 38 of the Canada Evidence Act, which prevents the disclosure in court of confidential information related to national security and international relations without the consent of the attorney general.

Minister of Justice and Attorney General David Lametti's office has "informed the court that initial review of each document [will] take one hour per page," Wilkinson wrote. "And there are approximately 200,000 pages to examine."

The attorney general has already confirmed that "a number of documents" provided for an initial review "contain injurious information," the judge wrote.

The documents in question are central to the legal claims of both Lockheed and Seaspan Victoria Shipyards, and both parties have been authorized to communicate directly with the attorney general on the Sec. 38 review, according to the court.

Wilkinson also directed the companies to provide quarterly updates on the review process beginning at the end of June.