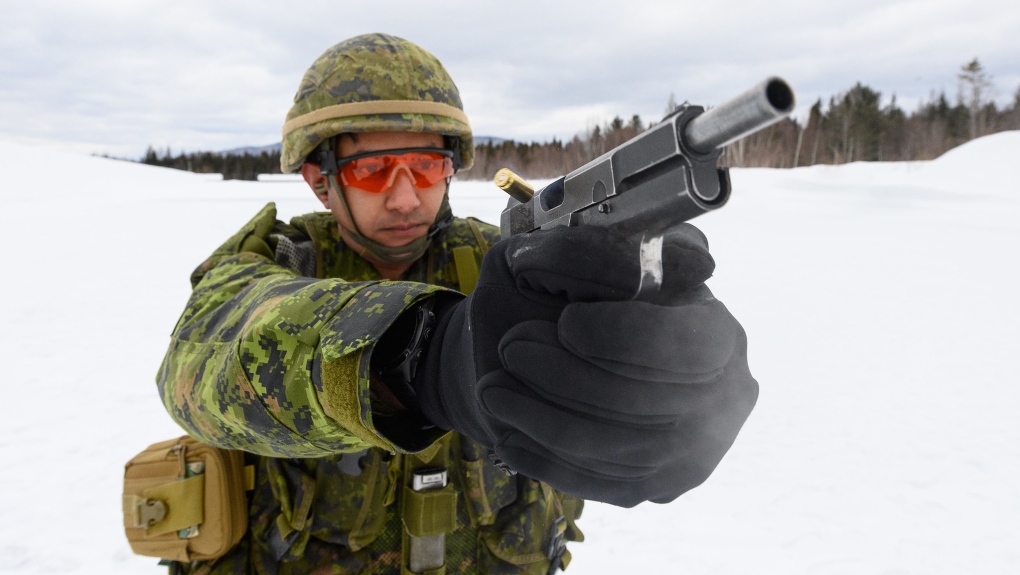 The Canadian military is getting new pistols to replace its current Second World War-era sidearms.

The Department of National Defence on Friday announced an initial contract award of US$3.2 million to outfit the Canadian Army with 7,000 new handguns and holsters.

Supplier M.D. Charlton Co. Ltd. of Victoria will provide the Sig Sauer P320 handguns – dubbed the C22 by the military – and holsters to replace the army's longstanding Browning 9mm.

The first delivery of the new 9mm pistols is expected in the middle of next year.

The military says the C22 will use the same ammunition as the Browning handgun and will have similar ballistic performance.

However, the new gun is lighter, more ergonomic and features an expanded magazine capacity, according to the department. The C22 also allows for ambidextrous controls to accommodate both left- and right-handed shooters.

Unlike the Browning, the new Sig Sauer also features an indicator that's visible from several angles to identify whether or not the weapon is loaded.

National Defence Minister Anita Anand said in a statement Friday the government is "committed to providing the Canadian Armed Forces with the equipment they need when they need it."

Anand said the C22 will "help ensure the continued operational readiness and effectiveness" of the military.

The Victoria-based armament distributor was chosen through a competitive bid process, which Helena Jaczek, the Minister of Public Services and Procurement Canada, categorized as open and fair in a statement Friday.

"This contract will provide our troops with modern, reliable pistols and holsters to carry out their work, while supporting economic opportunities for the Canadian defence industry," Jaczek said.

The full contract value is estimated at US$7.6 million if the options for the additional 9,500 pistols across the Canadian Armed Forces are exercised.

The Sig Sauer P320 is currently in use with other militaries, including those of the United States, France and Denmark.