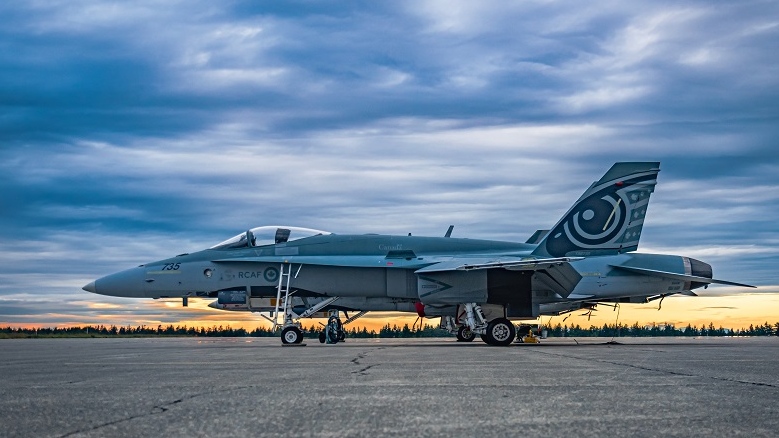 The Canadian military is investigating after a "possible bird strike" grounded a CF-18 demonstration jet during an airshow Wednesday.

The pilot was uninjured in the incident at the Wild Wednesday Air Show in Ypsilanti, Mich., outside of Detroit.

Maj. Trevor Reid, a spokesperson for 1 Canadian Air Division, said the aerobatic performance "was cut short due to a possible bird strike," but said investigators are still examining the plane to determine what happened.

"The pilot experienced something, which per his safety checklist caused him to return, in accordance with his standard operating procedures, to the airfield," Reid said, confirming the issue arose with at least one of the aircraft's engines.

"I'm not going to speculate as to what exactly it was the pilot experienced. That's all part of the inspection part of the investigation at the moment," he added.

"We have a very professional team of technicians who know the CF-18 very well and we have high confidence they will be able to determine the fault."

The demonstration team is scheduled to perform at Canadian Forces Base Borden in Ontario on June 18 and 19.

The spokesperson said it is "far too early to say" whether those performances will be cancelled or rescheduled due to the issue with the aircraft.

"There is a second jet that the CF-18 Demo Team has in case of technical issues with the primary aircraft," he added.

A statement on the team's Twitter account expressed regret at having to cut the Michigan performance short, but noted "safety is our first priority."

The incident occurred just over two years since a bird strike was blamed for the fatal crash of a Snowbird jet near Kamloops, B.C.

Public affairs officer Capt. Jenn Casey was killed on May 17, 2020 after a small bird was sucked into the engine of her CT-114 Tutor aircraft shortly after takeoff.

Its team members are divided between 3 Wing Bagotville in Quebec and 4 Wing Cold Lake in Alberta.