Canada to allow some U.S.-Vancouver Island ferry services to restart in September

Canada to allow some U.S.-Vancouver Island ferry services to restart in September 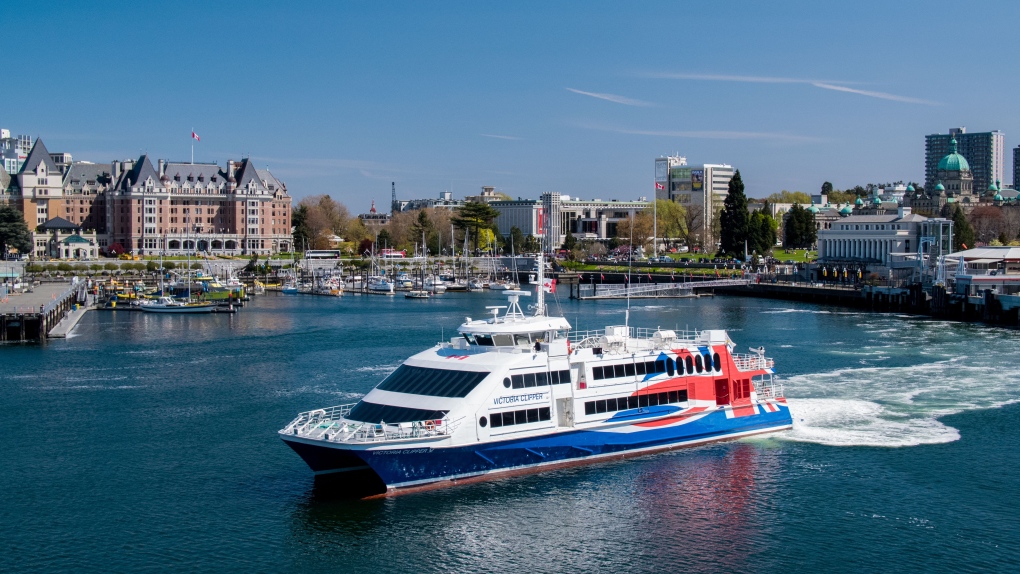 The federal government has announced that it will restart border services at several Vancouver Island ports, including the Belleville Street Terminal, where Clipper Vacations docks on its sailings between Victoria and Seattle, WA: (Clipper Vacations)
Victoria -

On Tuesday, the federal government announced it would be restarting border services at select international ferry ports in the coming weeks.

The four ports in British Columbia include three popular ports on Vancouver Island.

All of those terminals, except for the Alaska State Ferry Terminal, are located on Vancouver Island.

Clipper Vacations co-CEO David Gudgel tells CTV News the company was made aware of the border reopening on Tuesday morning.

The company is now working on its restart plans and is considering re-starting services in Victoria on Sept. 17.

The trips would only be available to American travellers, as the U.S. continues to bar recreational travel for Canadians through its land and sea borders until at least Sept. 21.

Meanwhile, Washington State Ferries says it does not have plans to restart international service this year.

The company says there's several reasons why it won't resume service until at least 2022, including a staff shortage, the fact that the Sidney-Washington state route is usually closed for the winter season, and because two-way border traffic has yet to resume.

The Black Ball Ferry Line, which operators the Coho ferry, was tight lipped about its plans Tuesday.

The company says the fact that the U.S. border remains closed to Canadians, and the fact that Canada requires full vaccination and a negative COVID-19 test result within three days of entering the country for travellers, make it challenging to resume operations.

"Those issues remain major obstacles, but we are looking forward to a full bilateral reopening of the border," the company said in a statement Tuesday. "This is certainly a step in the right direction."

"It’s terrific to see this announcement today creating certainty around the re-opening of the marine border so that fully vaccinated Americans can make plans to visit Victoria," she said in a statement Tuesday.

On Aug. 9, Canada opened its land borders to U.S. citizens who are fully vaccinated against COVID-19.

"There was confusion in the region on Aug. 9 when the borders re-opened but the marine border remained closed," Helps said. "There was also concern that because of suspended service during the COVID-19 pandemic, the Belleville Terminal had lost its status as a port of entry into Canada."

However, Helps says the work 13 local municipalities, the Songhees and Esquimalt First Nations, and the work of stakeholders and ferry operators helped make the terminal reopening's a reality.

"The Belleville Terminal is an important entryway to the region and a key engine of the region’s economy," she said.

"The Coho and Clipper are critical links for Victorians with our neighbours to the south and we look forward to this long-standing border crossing being reopened."

Canada's borders remain closed for recreational travel for other foreign nationals as of Tuesday.

A full list of Canadian ports that are reopening to U.S. travel can be found here.